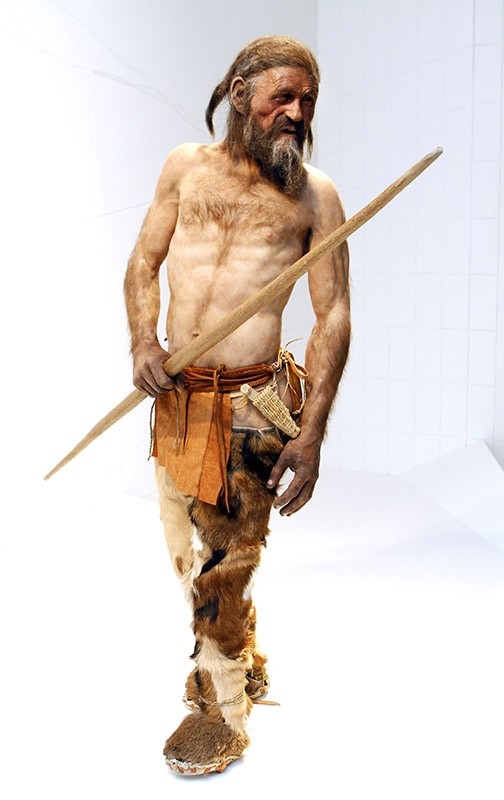 Oetzi the famous "iceman" mummy of the Alps appears to have enjoyed a fine slice or two of Stone Age bacon before he was killed by an arrow some 5,300 years ago.

His last meal was most likely dried goat meat, according to scientists who recently managed to dissect the contents of Oetzi's stomach.

More specifically, the tasty snack is thought to have come from a wild goat in South Tyrol, the northern Italian region where Oetzi roamed around and where his remains were found in September 1991. 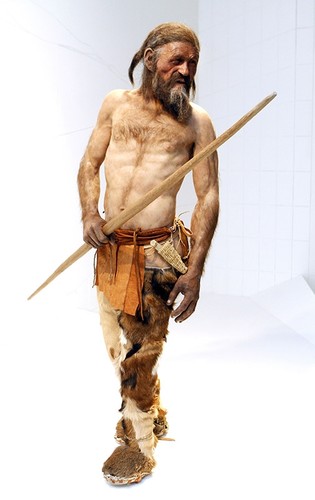 A statue representing an iceman named Oetzi, discovered on 1991 in the Italian Schnal Valley glacier, is displayed at the Archeological Museum of Bolzano on February 28, 2011 (AFP Photo)

Mummified in ice, he was discovered by two German hikers in the Oetztal Alps, 3,210 metres (10,500 feet) above sea level.

Scientists have used hi-tech, non-invasive diagnostics and genomic sequencing to penetrate his mysterious past.

These efforts have determined Oetzi died around the age of 45, was about 1.60 metres (five foot, three inches) tall and weighed 50 kilos (110 pounds).

He suffered a violent death, with an arrow severing a major blood vessel between the rib cage and the left shoulder blade, as well as a laceration on the hand.

As part of their latest discoveries, Zink's team also found that Oetzi had an ulcer-inducing bacteria and may have suffered from stomach aches.

But for all his parasites, worn ligaments and bad teeth, he was in "pretty good shape", Zink wrote in the renowned US magazine Science earlier this month.