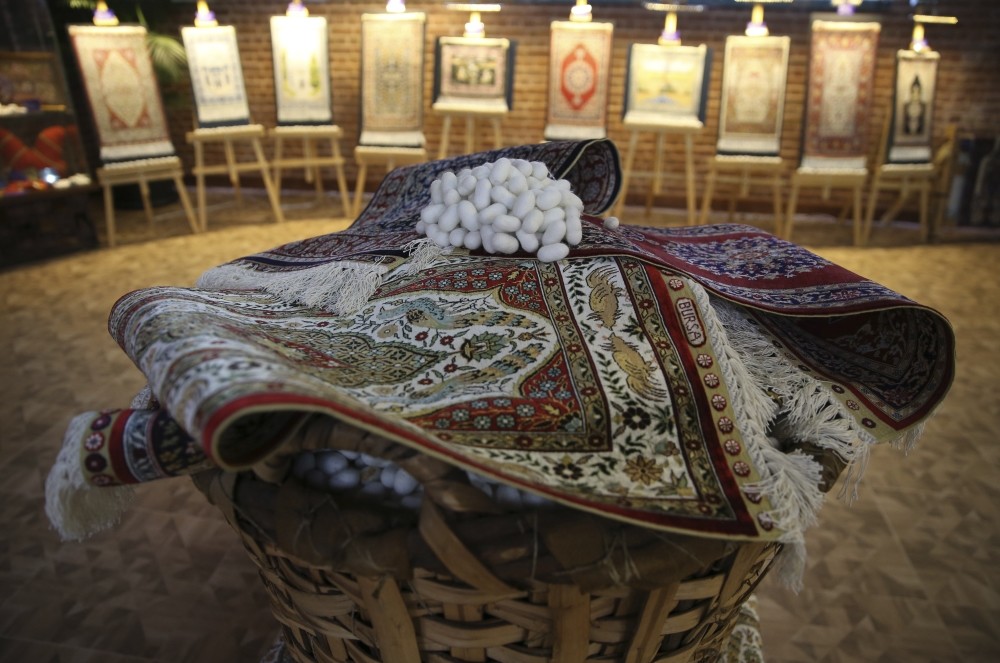 One of Bursa's silk production centers is now hosting an exhibition witnessing the rich and long history that silk has gone through from the east to west, bearing the traces of many civilizations

The exhibition "Bursa Silk: One City, a Thousand Labors" is the fruit of the Bursa Metropolitan Municipality's project aiming to revive the silk industry in Bursa. The exhibition featuring displays of silk products is now open to visitors. 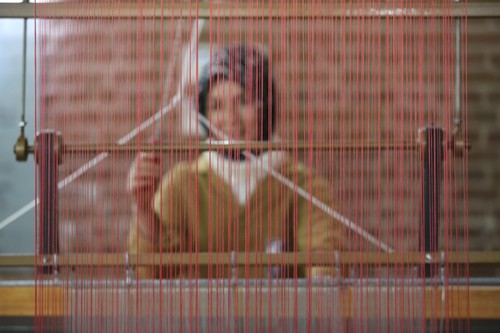 Bursa silk is reviving and the "age of silk" is being restored. Bursa silk has a unique texture that makes it different from other kinds of silk. In general, silk is produced in Central Asia, Tajikistan and Diyarbakır in Turkey, yet the silk produced in Bursa has a unique place in the textile sector.

Speaking at the opening ceremony of the exhibition at Umurbey Silk Production and Design Center, Bursa Mayor Recep Altepe said that "the age of silk" has begun once again in Bursa. Noting that Bursa silk has a unique texture that makes it different from other silk, Mayor Altepe said, "Bursa silk has a unique softness, whiteness and shine. We used to think that all silk produced around the world was the same, however, it turned out that they are very different from each other. Silk is produced in Central Asia, Tajikistan and Diyarbakır in Turkey, yet the silk produced in Bursa has left its mark on history." 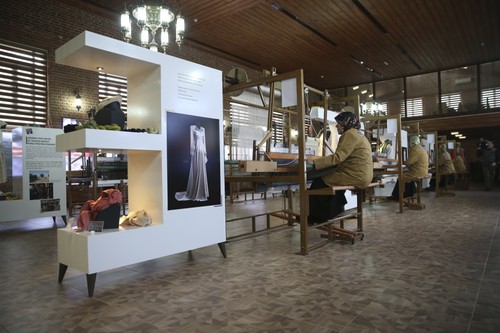 Mayor Altepe said that the intangible heritage of Bursa is being revived with new projects and the municipality is currently undertaking the mission to revive Bursa silk. "Bursa silk is reviving and the 'age of silk' is being restored in Bursa. The metropolitan municipality has mobilized all its institutions and silk cooperative Kozabirlik to help Bursa silk reclaim its position in the market. We first began with the revival of spinning factories in Muradiye and recruiting people who have been working in the production of silk all their lives. We have encouraged and supported silk worm farmers in the countryside. We have also provided material support for cocoons," Altepe said.

The mayor stated that the spinning factories in Bursa are now fully operational and that the city houses facilities for silk design and production, as well as carpet weaving. Noting that most of Bursa's villages have workshops and there are more than 200 people who work in silk production, Altepe added, "We have launched a huge movement."

Altepe further recalled that Bursa silk had been internationally renowned for thousands of years, saying: "Palaces all over the world have been decorated with Bursa silk. The Ottoman and Turkish governments did not collect duty on Bursa silk for hundreds of years so that this unique silk could decorate the palaces of Europe and Russia. Now, we have revived this silk once again. The 'age of silk' begins."

Bursa's governor İzzettin Küçük said silk has been a very important fabric in the history of mankind, adding that the building of the Silk Road was a historic threshold, that wars were declared to control this important trade route. Stating that Bursa once produced the best silk in the Ottoman Empire, Gov. Küçük said, "This is the city of Bursa, where silk is produced in its purest form and offers jobs to thousands of people. The number of hand-produced silks declined once machines took over from silk makers, but production remained strong in Bursa. The most important thing is that it survived to this day. We have numerous values as Turkish people, and products that we inherited from our forebears. All these products are parts of a folk tradition and remain authentic and important."
RELATED TOPICS