The rise and crisis of the Soviet science era 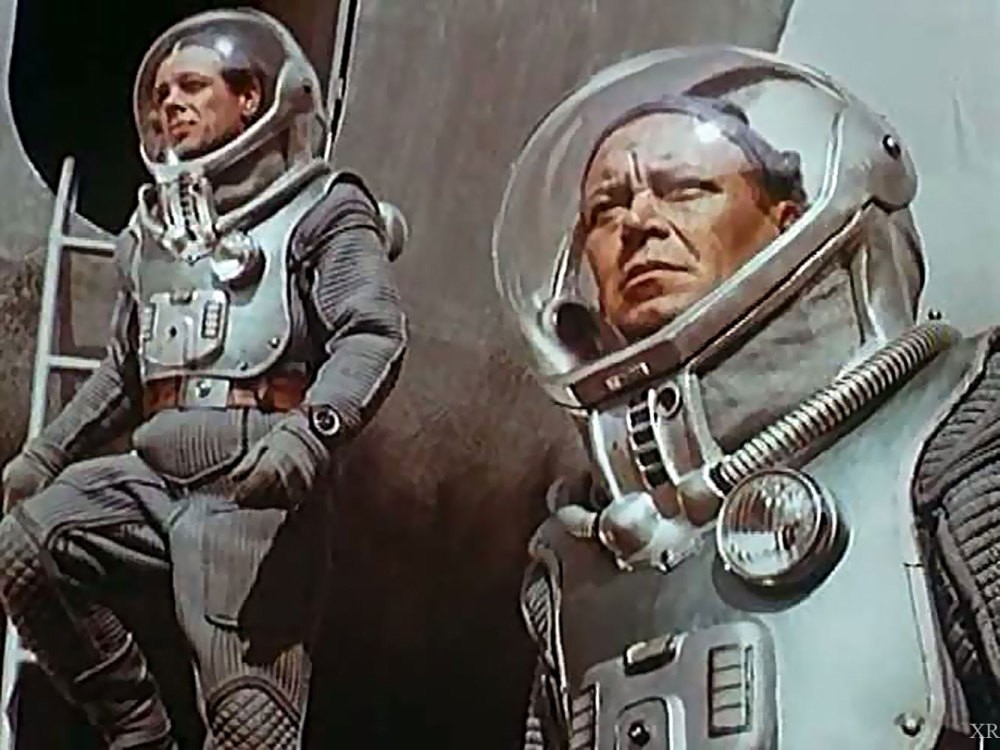 A scene from the 1962 Russian sci-fi movie u201cPlaneta Buru201d (Planet of the Storms) directed by Pavel Klushantsev.
by Çetin Kaya Koç Jan 19, 2017 12:00 am
The Bolshevik Revolution was built on the premise of a socialist system of equality and opportunities for all. The firmly believed idea was that science should lead the drive to launch this just and prosperous society. One of the popular songs during its golden years was "March of the Enthusiasts", written by composer Isaak Dunaevsky for the films directed by Grigoriy Alexandrov, starring Lyubov Orlova, Stalin's favorite actress. I could not find the full lyrics, but one line of the march refers to the Soviet Union as "the Land of Heroes, the Land of Dreamers, the Land of Scientists."

This state of mind, i.e., the infatuation with science and technology, in the early Soviet Union even affected Turkish socialist and poet Nazım Hikmet, as expressed in his poem "Makinalaşmak" (Mechanization), when he was in self-exile in Moscow, having gone there in 1921 to study economics and sociology, where he was influenced by the artistic experiments by Mayakovsky and Meyerhold, as well as the ideological vision of Lenin.

This vision created the world's largest scientific establishment; in 1991 the number of people officially classified as scientific and academic researchers was 1.52 million. No other nation including the U.S. has reached this number. In 2014, the total number of physical and life science professionals in the U.S. was less than 600,000; meanwhile, the U.S. has about 1.5 million engineers, 3.5 million computer professionals and 500,000 managers in scientific and engineering establishments.

As expected, this scientific force in the USSR was under state (or, one would say under party) control. However, the Soviet society held scientists in high esteem, and they were considered the most distinguished members of society.

The Soviet scientific establishments went through two traumas; the first one was during Stalin's reign, from 1929 to 1953, when scientists (along with artists and writers) were oppressed on a scale unknown in modern history. The second one was the breakdown of the USSR in 1991. Now considered as Russian science and no longer as Soviet, the scientific establishment was subjected to a budget crunch and lost 90 percent of its funding, which is still going on to a large extent.

The Soviet/Russian science experiment serves as a different model of how science can progress under different circumstances. We understand our own experience if we have another one to compare it to; Russian society and culture developed a scientific establishment that gave them space travel to nuclear submarines. Soviet science is probably the only alternative to Western science. The Soviet state regime, particularly after World War II, overcentralized many aspects of society, including science. However, the relationship between scientists and the Communist party apparatus was never one-way; the scientists hada great deal of influence on policy-making issues. Furthermore, the reach of Soviet science went beyond its borders, for example, several Soviet scientists (Kurchatov and Sakharov) had prevented Soviet nuclear-weapons testing in the late 1950s, which lead to the Limited Test Ban Treaty.

Regardless of the significant budget reduction in the 1990s, Russian science is strong, and Russia has the world's top notch universities and scientists. Neither the trauma of the Stalin era or the budgetary constraints of the post-1990s crushed the country's spirits. Grigoriy Perelman, a 50-year-old mathematician from a research institute in Moscow is a prime example. Having solved several difficult problems and received (but refused to accept) the Fields Medal (mathematics' Nobel Prize), he solved one of the most difficult problems in mathematics, named the Poincare Conjecture in 2006.