Konya dervishes whirl for education for all in Pakistan 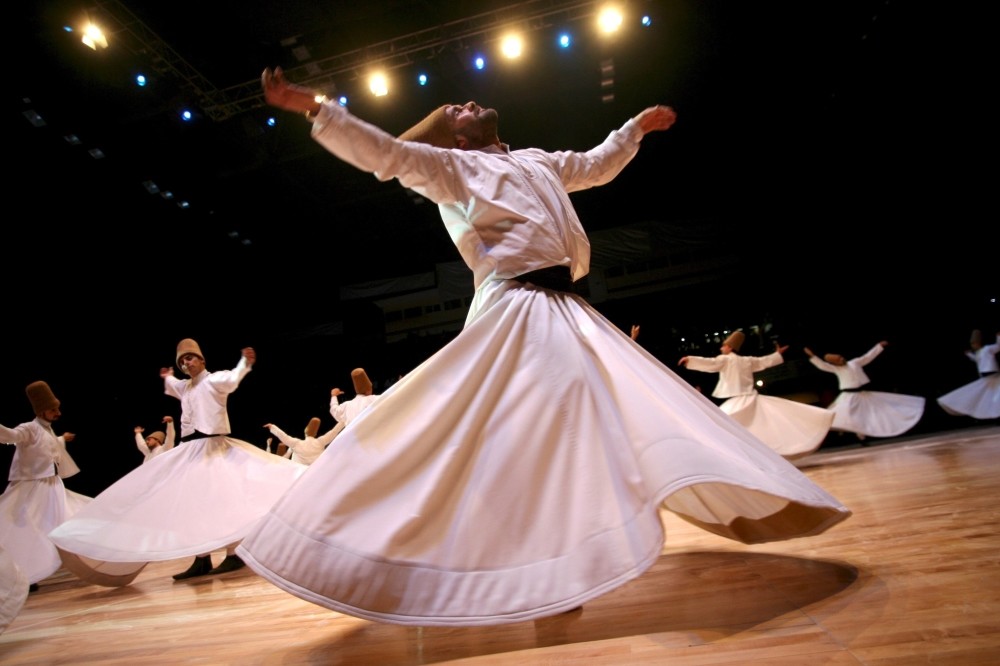 The whirling dervishes from Turkey visit Pakistan every year, and performances are attended by thousands of people, including art and music lovers.
by Anadolu Agency Jan 25, 2017 12:00 am

Coming from Turkey's Konya province, whirling dervishes have embarked on a noble mission in Pakistan, aiming to provide education for the poor in Pakistan, through a series of whirling performances that will raise awareness to alleviate poverty

Whirling dervishes from Turkey have arrived on a mission to make education accessible to every child in Pakistan.

In events jointly organized by the Turkish embassy and the Akhuwat Foundation, a nongovernmental organization striving for poverty alleviation and education for all, on Sunday and Monday the dervishes from Rumi's city Konya mesmerized the people of Karachi, enticing them to contribute wholeheartedly towards the noble cause. The dervishes will next perform at similar fundraisers in the capital Islamabad, and the cities of Lahore and Multan.

Dr. Amjad Saqib, head of the Akhuwat Foundation, said, "Their visit will not only further strengthen the deep bonds of solidarity between Pakistan and Turkey, but they are a great support to our mission, which is to make education accessible to every child in Pakistan."

Turkish Consul General Murat Mustafa Onart, who was co-host of the events in Karachi, spoke about the shared vision with Akhuwat that aims to promote free education for all. "In Turkey, even if you are not from a well-off family, you can rise up because of education. But, unfortunately, this is not the case in Pakistan as quality education has to be paid for, which leaves little chance for the poor to rise," Onart told reporters. "That's why we have decided to support this cause," he added.

Pakistanis are familiar with Mevlana, widely known as Rumi in the rest of the world, and recognize him as one of the greatest Muslim mystic poets to have ever lived on earth. In fact, many learn about his poetry and short stories during their childhood as part of the school curriculum.

However, most of them are not familiar with the movement of whirling dervishes, commonly known as "Raqs-e-Dervish Ba Rang-e-Konya" in Pakistan. But as dervishes from Turkey began to visit Pakistan a couple of decades ago, their stunning performances have been leaving people here dazzled. The whirling dervishes now visit Pakistan every year, and performances are attended by thousands of people, including art and music lovers. 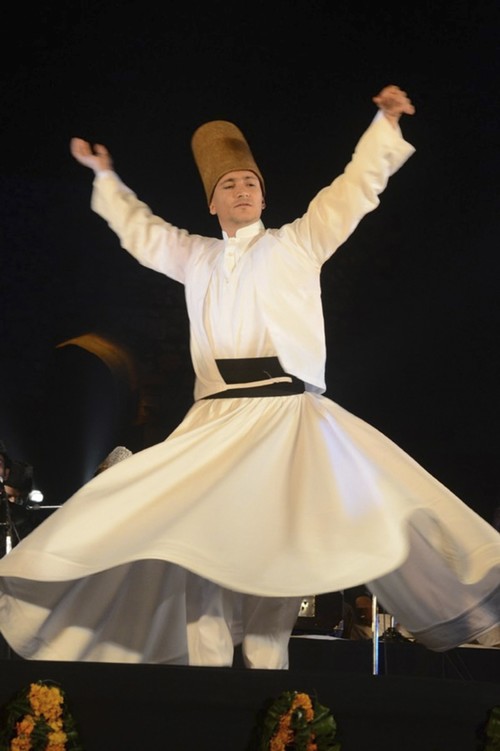 The dervishes from Konya perform a special ritual called "sema," an act of meditation through dance and music, that originated among Sufis of the Mevlevi order in the 13th century. Humility is the essence behind the whirling of a dervish. The ritual begins with the dervishes, attired in knee-length white tunics and tall hats, chanting a poem expressing their love for God and His Prophet Muhammad.

They enter the sema area with their arms across their chests to the accompaniment of music, usually the reed. They then whirl in counterclockwise directions, which Sufi followers say reflect the motion of the planets and the entire universe. Their gestures also have special meanings, like the bow towards the floor, which suggests resurrection from the grave.

Described as one of the most exquisite ceremonies of spirituality, the whirling of the dervishes is an act of love and faith possessing a highly-structured form. The whirling usually ends with a recitation of the Quran. The dervishes, who see their ritual as an act of prayer and not entertainment, then complete their time together in the sema with greetings of peace.

Cultural similarities and influencesArt critics and historians describe the cultural similarities and uniqueness as two key factors in the popularity of whirling dervishes in Pakistan. Wusutullah Khan, a Karachi-based analyst, told Anadolu Agency: "The popularity of Raqs-e-Dervish [literally meaning 'dance of the dervish'] is a fine example of people-to-people contact as the people of Pakistan and Turkey are deeply inspired by Sufism and mysticism."

About the similarities between Turkish and Pakistani cultures, Khan said the traditions of the whirling dervish from Konya, Qawwali (a special form of singing spiritual poetry unique to the subcontinent,) and Dhamal (a form of Sufi dance found in the subcontinent,) were all linked by the same root of reaching spiritual connections through ecstasy, whether it was through dance or music. "This common root [ecstasy] has made the dervish dance popular and acceptable among Pakistanis," he said.

Dr. Moiz Khan, history professor at Karachi University, said Turkish culture had been a huge influence in the region. "Apart from Sufism, language is another area where Turkey has influenced the region, especially Pakistan as our national language Urdu has adopted a huge number of words from Turkish," Moiz Khan told Anadolu Agency. In fact, he noted, the word "Urdu," which means "army," has also been taken from Turkish.

"These commonalities can easily be cited as factors behind the popularity of Raqs-e-Dervish in Pakistan," he added.
RELATED TOPICS