Shooting for the moon: The race between Soviet Russia and US

by Çetin Kaya Koç
Jan 26, 2017 12:00 am
The race to the moon between the United States and the former Soviet Union (USSR) saw the research and development of unique technologies by both countries. Some of the technologies that the USSR developed were considered "impossible" by Western engineers.

Of course, both the USSR and the U.S. were secretive about their technologies; Russians were probably much more so. U.S. intelligence apparently homed in and discovered that the Russians were in fact building a huge rocket, which the U.S. believed, and rightly so, that their opponent was going to use to race to the moon. In fact, in the beginning of the 1960s, the Russians were indeed way ahead in rocket building. 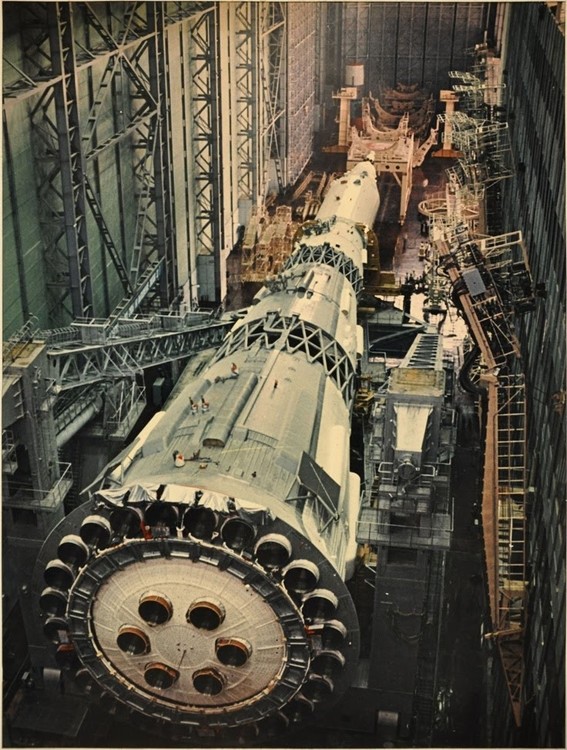 At the height of the American and Soviet rush to land on the moon during the late 1960s, a Soviet designer named Nikolay Kuznetsov designed several rocket engines. Designated as NK rockets from the initials of its chief designer, these rockets were the most powerful and most efficient rocket engines at the time and had specific impulse and low structural mass.

The NK rocket engines were to be used in the N1 rockets to carry out the Soviet's moon shot. They were the Soviet counterparts to the U.S. Saturn V, a super heavy lift launch vehicle intended to deliver payloads beyond low Earth orbit.

One of the purposes of the N1 was to send a crewed vehicle beyond Earth, to compete with the U.S. Apollo Saturn V and land on the moon. The prevailing ideas, however, were that the Soviet project was underfunded and rushed as several launch attempts failed.

On July 3, 1969, at the Baikonur Cosmodrome in present day Kazakhstan, an N1 rocket crashed back on its launch platform, resulting in one of the largest artificial non-nuclear explosions in human history. The project was closed in 1976, and the N1 was kept secret until the collapse of the USSR.

When the N1 program was shut down, all work on the project was ordered destroyed. However, a bureaucrat took the engines, worth millions of dollars each, and stored them in a warehouse. Nearly 30 years after they were built, one of the engines was taken to America. Eventually, during the mid-1990s, Russia sold a total of 36 engines to a company named Aerojet General, shipping them to the company's facility in Sacrament, California. Surprisingly, during the test runs in Sacramento, the engines proved to be near perfect for launching satellites.

The NK engine had a unique design feature, as it sent the auxiliary engines' exhaust into the main combustion chamber. This was believed to be impossible by Western rocket engineers. Fully heated liquid oxygen flows through the pre-burner and into the main chamber in this design.

The extremely hot oxygen-rich mixture, however, made the engine dangerous. It was known to melt existing 3-inch thick metal castings. This resulted in U.S. engineers developing a new metal to handle the heat, combustion and temperature. This closed-cycle design led Aerojet to make new NK engines in the U.S. for launching satellites.

So, why was Russia - even after being so successful in making better rockets -unable to make it to the moon before America did in 1969? Even after almost 30 years of development, the Russian rocket engines taught American engineers a few tricks they did not know or thought to be impossible.