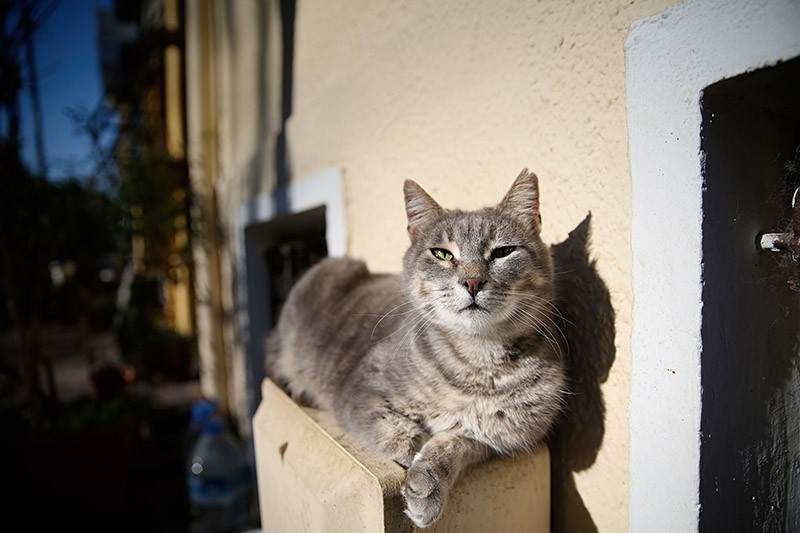 A charming part of the Princes' Islands off the Marmara coast, Heybeliada, which used to be called "Demonisos" and "Halki," is somewhat lifeless in winter with much fewer visitors compared to the sunny days of summer.

Instead, the island's large population of street cats rule over Heybeliada, the second biggest island among the Princes' Islands.

Acting like the island's guards, they are everywhere, also receiving the locals' companionship and help.

Having remained a fishing village until the 19th century and boasting a Greek heritage of monasteries and churches, Heybeliada is a popular place for Istanbulites, one hour from the city and accessible by ferries every day. As there are no crowds of people on the island, the amount of street cats is apparent. They either wander around in groups or stay on the pier alone.

The winter cold has also hit island residents as well as street cats and shop owners. Locals are trying to look after the cats, giving them food. Locals are leaving leftover food on the streets or distributing them for street dogs and pigeons, a densely populated bird group that flies above the island.
Last Update: Feb 01, 2017 4:52 pm
RELATED TOPICS