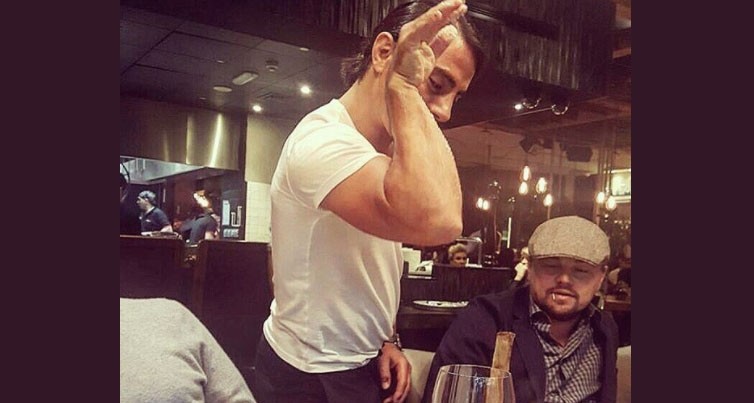 Nusret Gökçe aka 'Salt Bae', the Turkish butcher who became an internet phenomenon after his Instagram videos showing him slicing meat and seasoning it with salt went viral, met Academy award winner Leonardo DiCaprio in his restaurant on Thursday.

The two stars were seen in the Dubai branch of Gökçe's steakhouse chain Nus-ret.

Restaurant owner Gökçe shared a photo of himself and DiCaprio at the table, in which he seasoned the Titanic star's meal himself, with his trademark move while being closely watched by DiCaprio.

Gökçe, already an Instagram star in Turkey, went viral last month internationally thanks to his videos of chopping meat and seasoning in perhaps the most 'sensual' way possible.