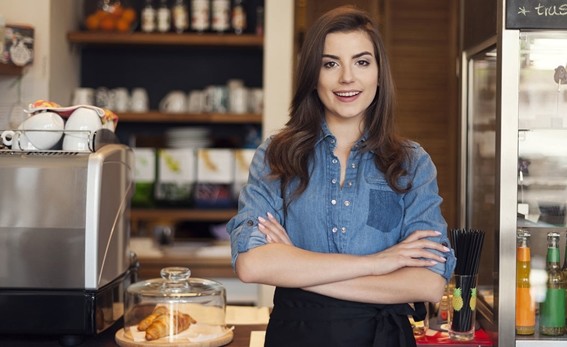 In busy urban areas like Istanbul, restaurants selling home-made food are very popular among people who want to refrain from consuming fast food as much as possible.

Using this to their advantage, more and more Turkish female entrepreneurs have turned their attention to the food industry. Many of them have joined entrepreneurial funding programs offered especially by Turkey's Small and Medium Industry Development Organization (KOSGEB).

The food industry is a profitable business line for Turkish women and the number of restaurants, cafes and boutique pastries, run by female entrepreneurs, is on the rise all over the country. According to figures revealed by KOSGEB, more than half of all entrepreneurs, taking part in their funding program, were women.

Most of them have already opened their own boutique stores or restaurants using the fund. Bendevi Palandöken, the general manager of KOSGEB, said among some 970 entrepreneurs around 500 were female participants.

The rising interest in homemade food also became evident in some studies. A 2016 survey by Yemek Sepeti, Turkey's largest online food order and delivery site, showed that they have seen an almost 40 percent increase in homemade meal orders. Interestingly, most of these homemade meals were ordered by people aged over 30.