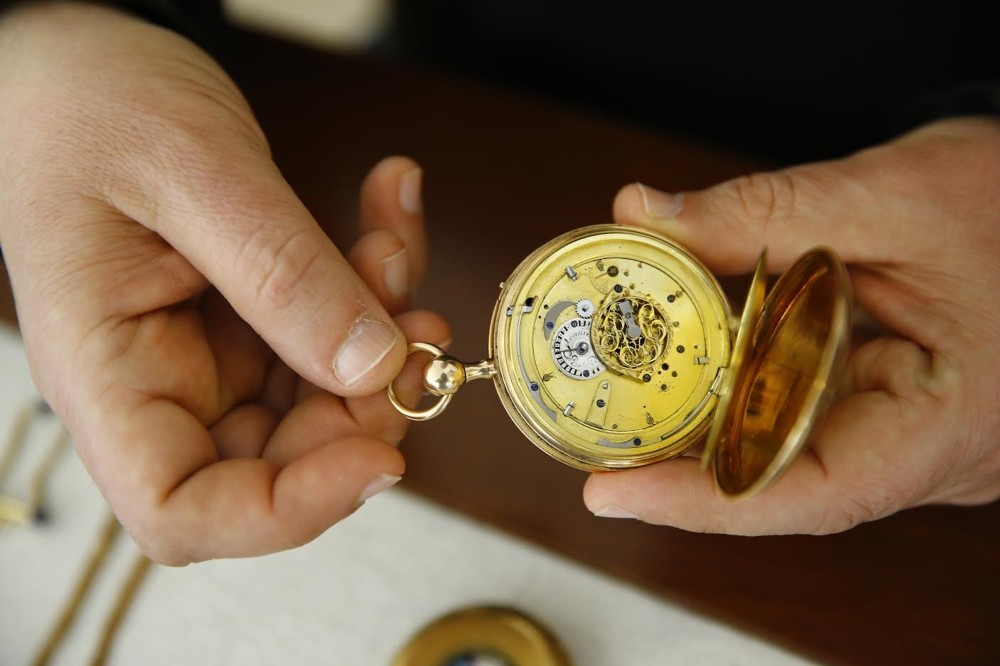 by Anadolu Agency Feb 08, 2017 12:00 am
Antalya-based antique dealer Özgür Ercan has a collection containing rare watches custom-made for Ottoman pashas, statesmen and cardinals. He describes the collecting of centuries-old pocket watches featuring gold chains and decorative diamonds as his "biggest hobby." In Ercan's possession are watches made by the hands of masters, standing witness to time with engravings of gold and silver. Watches in his collection range in value from $200 to $100,000.

Speaking to an Anadolu Agency (AA) correspondent, Ercan said he started collecting 25 years ago, with a napkin collection, and over time began to take an interest in antiques. Stating that he had developed a special interest in pocket watches in the last couple of years, Ercan said he put together a huge collection by purchasing antique pocket watches in the U.K. and France, especially. 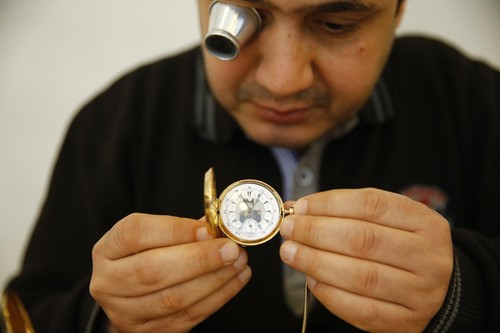 Özgür Ercan possesses watches made by the hands of masters, standing witness to time with engravings of gold and silver. Watches in his collection range in value from $200 to $100,000.

Ercan said one of the most important pieces in his collection is a Charles Jacot watch from 1880, crafted with 18-karat gold and decorated with black enamel, mother-of-pearl and diamonds, claiming the watch was custom-made for a senior statesman in the Ottoman Empire. Noting that the antique watch was made with elaborate craftsmanship, Ercan said that he had purchased the watch from a collector in the U.K.

Another valuable piece in Ercan's collection is a watch featuring a painting which is thought to have belonged to the father of Reza Shah Pahlavi, the shah of Iran. On the other hand, the silver watch, dating back to the reign of Napoleon II and featuring a relief of the Saint Louis Cathedral in France, may have belonged to a cardinal. "Only two of these watches have been found around the world," Ercan said, adding that he is in possession of rare watches made by world-renowned craftsman Julien Le Roy and his son Pierre.

Ercan said that although the materials used in the making of the watches are important, the craftsman who creates the watch is equally significant.

"The watches made by recognized masters are rare and unique. Most of the pieces in my collection were custom-made for the Ottoman market. Pashas, senior statesmen and bureaucrats used these watches. Also, these watches are highly advanced given the technology at the time of their creation. For instance, the watches which we call quarter and minute repeater watches were only made by a couple of craftsmen between 1700 and 1800. I have examples of these watches in my collection."

Ercan claimed that all the watches in his collection are in working order and that well-known businesspeople and politicians purchase watches from him.
RELATED TOPICS