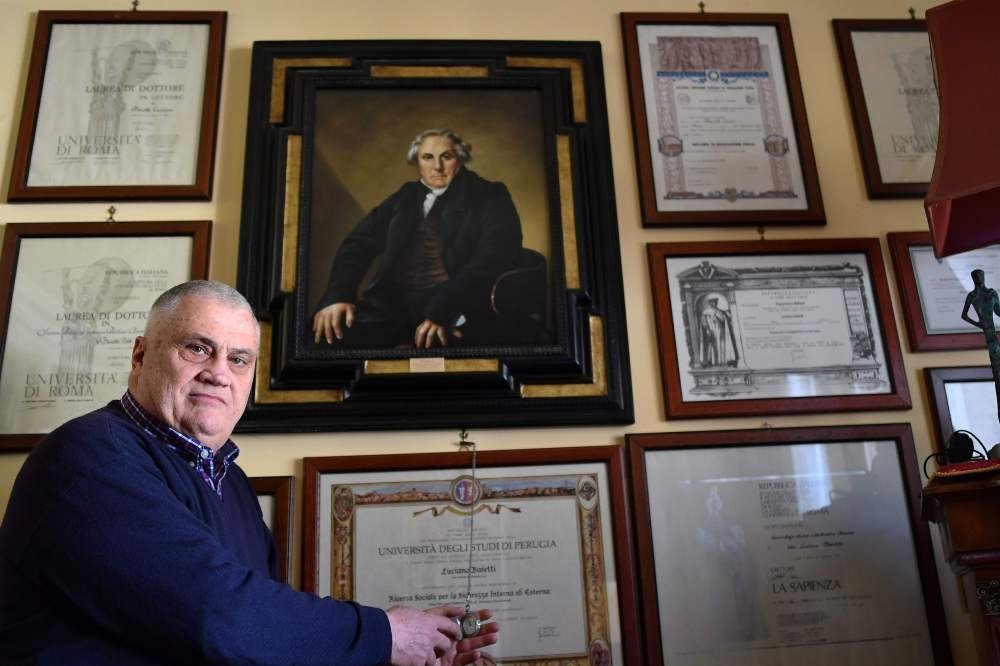 by Feb 16, 2017 12:00 am
The world record holder for the number of university degrees is a cheery but truculent 70-year-old Italian. Luciano Baietti lives in the town of Velletri in the Alban Hills near Rome and spends his days pottering around his small house and garden. But every morning at 3 a.m. he pulls out his textbooks and starts studying.

He now holds 15 bachelors or masters degrees from universities across Italy and is already embarking on his 16th. "Thanks to books, I feel free, dammit," he told Agence France-Presse. "After all, the words share the same root," he said, referring to the Italian words libro (book) and libero (free).

The certificates proving his prowess hang on the walls of his study, framing a portrait of the 19th-century French essayist Louis-Francois Bertin, whom he cites as an influence. "He was a man of culture and knowledge," said Baietti, a former headmaster of a secondary school, who made it into the Guinness World Records book in 2002 with his eighth degree, that time in motor skills.

At that point he already had degrees in sociology, literature, law, political science and philosophy, most from Rome's prestigious La Sapienza University, one of the oldest in the world. Since then he has added seven others to his list, including one in criminology, one in military strategies from Turin (completed by distance learning) and the latest in tourism from an online university in Naples, which he was awarded at the start of this month.

"Each time I set myself a new challenge, to see how far my body and my brain can go," said Baietti, who started life as a sports teacher. His long-suffering wife, some 30 years his junior, describes Baietti affectionately as "a real character" who is known throughout their town.

He got most of the qualifications under his belt while also doing his day job and volunteering with Italy's Red Cross. This ageing eternal student's first degree was in physical education in 1972, and he instantly fell in love with the academic world. "As well as the sporting events, there were modules in theory that I liked and that gave me a taste for studying," he said.

The most challenging and unusual degree so far has been the military strategies one. "It was co-organized by the defense ministry and Turin University and dealt with sensitive subjects related to national security. We had to attend the exams in uniform," he recalled, showing off the regimental garb hanging in his wardrobe.

His master's in criminology, which saw him interview prisoners, also had a lasting impact. "Listening to them, I sometimes surprised myself; I'd be convinced by their arguments and would wonder about what was right or wrong, before realizing that I had gone off-course."

Baietti is back on course, and already preparing to start the next degree, this time in food science. Once again, he'll be poring over his books by the light of his desk lamp as outside, the world sleeps on. "At that time the brain is more open to assimilating knowledge, and it also allows me to keep a normal family life," he said with a grin.
RELATED TOPICS