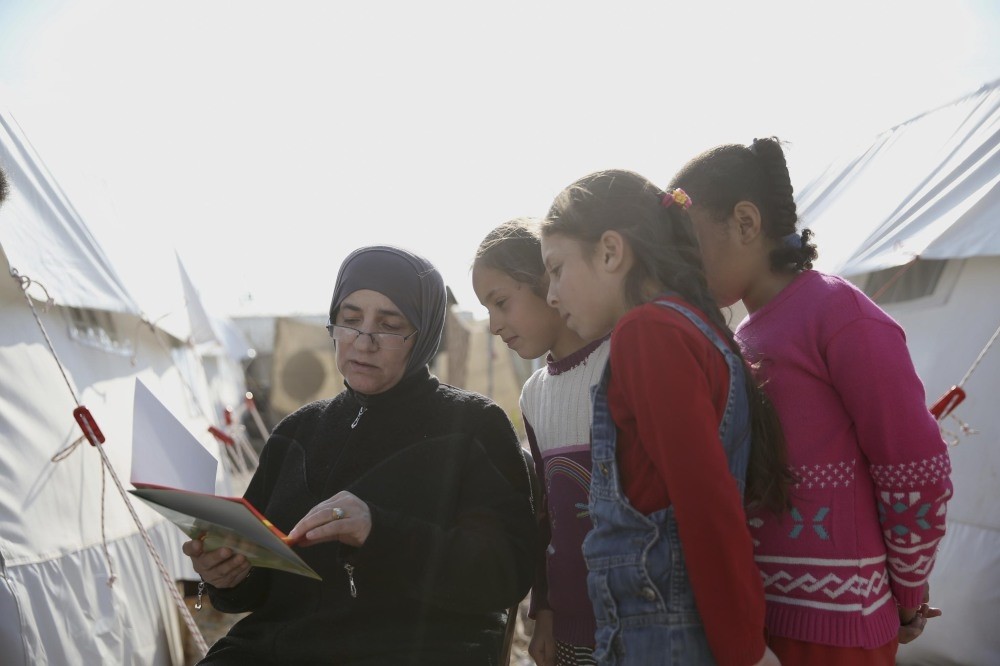 Having won five different awards in Lebanon, Egypt and Saudi Arabia as a Syrian female writer, Ebtisam Shakush is now resident in the southeastern city of Şanlıurfa, busy with teaching children and women at a refugee camp, where she has found safety and peace

Syrian writer Ebtisam Shakush, who has been named "Best Female Writer" five times in Egypt, Lebanon and Saudi Arabia, has found happiness in Turkey. Currently, the acclaimed woman of letters, pens and books is reflecting the pain of war while educating children and women.

Shakush, 57, fled from Aleppo, Syria, when the armed conflict began to intensify. She first traveled to Egypt and then Jordan and Lebanon before seeking refuge at the Temporary Accommodation Center in Şanlıurfa's Ceylanpınar district.

Speaking to Anadolu Agency (AA), Shakush said she prefers to live in the "tent city" in Şanlıurfa, which she thinks is beneficial to other Syrians. Claiming that she was unable to find peace before she came to Turkey, Shakushsaid: "Before I came to Turkey, I went to Jordan, Egypt and Lebanon but I see that the people of Turkey are taking good care of the Syrians in their country. I chose to live here to be in the service of my fellow countrymen and women." 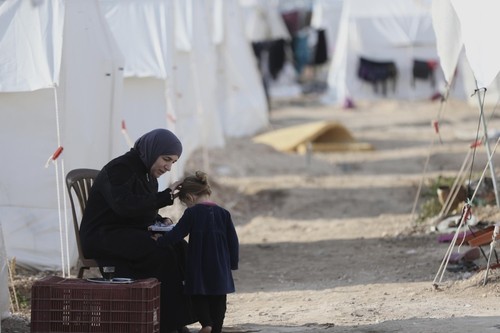 Syrian writer Ebtisam Shakush, who has been named "Best Female Writer" five times in Egypt, Lebanon and Saudi Arabia, has found happiness in Turkey. Currently, the acclaimed woman of letters, pens and books is reflecting the pain of war while educating children and women.

Shakush wrote a total of 13 novels back in her native country and continues to write in Turkey. She is telling her story as a woman who became a refugee. "I traveled to so many countries before settling in Turkey. It was a tough experience to live in the tent city as a woman at first but I got used to living here in time. I teach Syrian children and women how to read and write to Syrian children. I also offer them lessons on morality and culture. I try my best to be of benefit for the people living in this tent city. I am in the process of writing books for children focusing on Islamic ethics," Sakush said.

Shakush said the Ottoman Empire and the Republic of Turkey were defamed throughout her academic career in Syria, adding she realized that all of those things were "lies" once she came to Turkey. She said the Syrian education system labeled the Ottoman Empire as an occupational force in the region. "The manner of the Turkish people and the stance taken by the Turkish government are proof that everything we were told at school was a lie. Before coming to Turkey, I thought that the Ottoman Empire occupied my country. However, we learned the truth after coming to Turkey. I am certain that the Ottomans protected the Syrians and the land back then just as Turkey protects us now. Nobody is doing anything to stop the war in Syria except for Turkey. All the European countries and the rest of the world are biased about Syria and they cannot see the truth because of their prejudice. People try to understand both sides in order to see the truth. Most of the aid sent to Syria goes to Bashar Assad and the supporters of the regime, unfortunately. No other country but Turkey helps the people in need," she said.

Shakush said she has completed a book and is in the process of writing another book. She focuses on the help that Turkey provides to Syrians in both of the books. In her latest book, Shakush tells the story of Turkish woman Meryem who opens the doors of her house to Syrians who she does not even know.
RELATED TOPICS