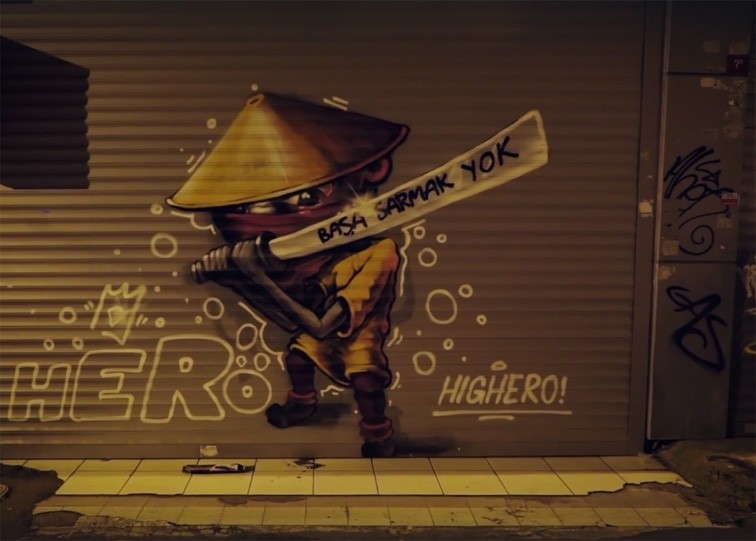 Nicknamed Mr. Hure, Olihe and Luckypunch, three graffiti artists have colored the grey facades of Istanbul's Karaköy district, which has become a new center for arts and gatherings. Transforming people's attitude to graffiti for the better, shopkeepers now want their shutters painted

Back in the day, ships, the bourgeoisie and shops filled with merchandise crowded Istanbul's Karaköy district. The heart of commerce beat in the ancient capital of the Ottoman empire. Banks that financed the giant empire lined the streets of Karaköy all the way to the Galata Tower. For the last seven years, Karaköy, which has not changed much since the last days of the Ottoman Empire, became a center of culture, arts and entertainment where cafes and art galleries shine and loud electronic music fills the streets. While shopkeepers of longstanding tried to make sense of it to keep up with the change, illuminated streets and cafes with loud music began to fall silent. Yes, Karaköy has changed. Cafes and experimental restaurants are still open, but the fast consumption has lost its speed, and today, the new Karaköy has grown old. 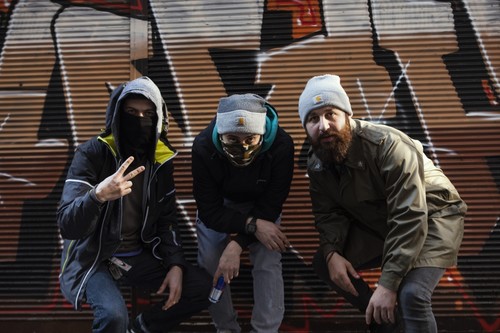 Graffiti was cut for "re-coloring" Karaköy as the district has numerous surfaces to work on, and it became deserted at night. Graffiti artists Mr. Hure, Olihe and Luckypunch, who previously colored the streets of Beyoğlu, saw this opportunity and rolled up their sleeves to paint the walls of Karaköy without wasting anytime. As they stroke their brushes and shook their cans on the walls, the old district began to come to life. When all the walls were covered with graffiti, it was time to color the shutters of the shops. At first, the old shopkeepers gave the artists a hard time; however, as they witnessed the change, they stood behind them. Now, some shopkeepers even ask them why they have not painted their shutters. When the graffiti trio began to paint the walls of Karaköy, the color gray dominated the district. However, now, Karaköy is reminiscent of a rainbow. New cafes and art galleries are opening up in every street. Diners where shopkeepers have their meals turned into fancy restaurants.

The story of the three graffiti artist friends is told in RedBull.com's newest documentary "Griye İsyan" (Revolt Against Gray). The streets that the graffiti trio walked, their works and their fight against the color gray are told through the perspectives of the shopkeepers and the artists. Commenting on the transformation that Karaköy has undergone, Mr. Hure said: "People first came to Karaköy to see our work, and then cafes began to pop up on every corner. We are fast consumers. Look at Karaköy now. The gray streets used to empty at 7:00 p.m." The three artists, who were scolded by shopkeepers when they first began to paint the walls, are now treated with respect. "The shopkeepers loved and got used to us in time. They witnessed the change and liked it eventually," added Mr. Hure. Luckypunch, on the other hand, said: "I do not want to boast but we, the graffiti artists, bring light everywhere we go. Karaköy, where people were scared to walk at night, became a hub for entertainment and art." Yet, they all agree that the transformation of Karaköy came too quick. They are afraid that the district, which became a hit in a very short time, will soon be deserted. Mr. Hure drew attention to the example of Asmalımescit in Beyoğlu. The place was lit up with graffiti and new places to hang out, but it returned to its old, quiet state afterwards.
Last Update: Feb 23, 2017 1:30 am
RELATED TOPICS