Harvard honors Rihanna as humanitarian of the year 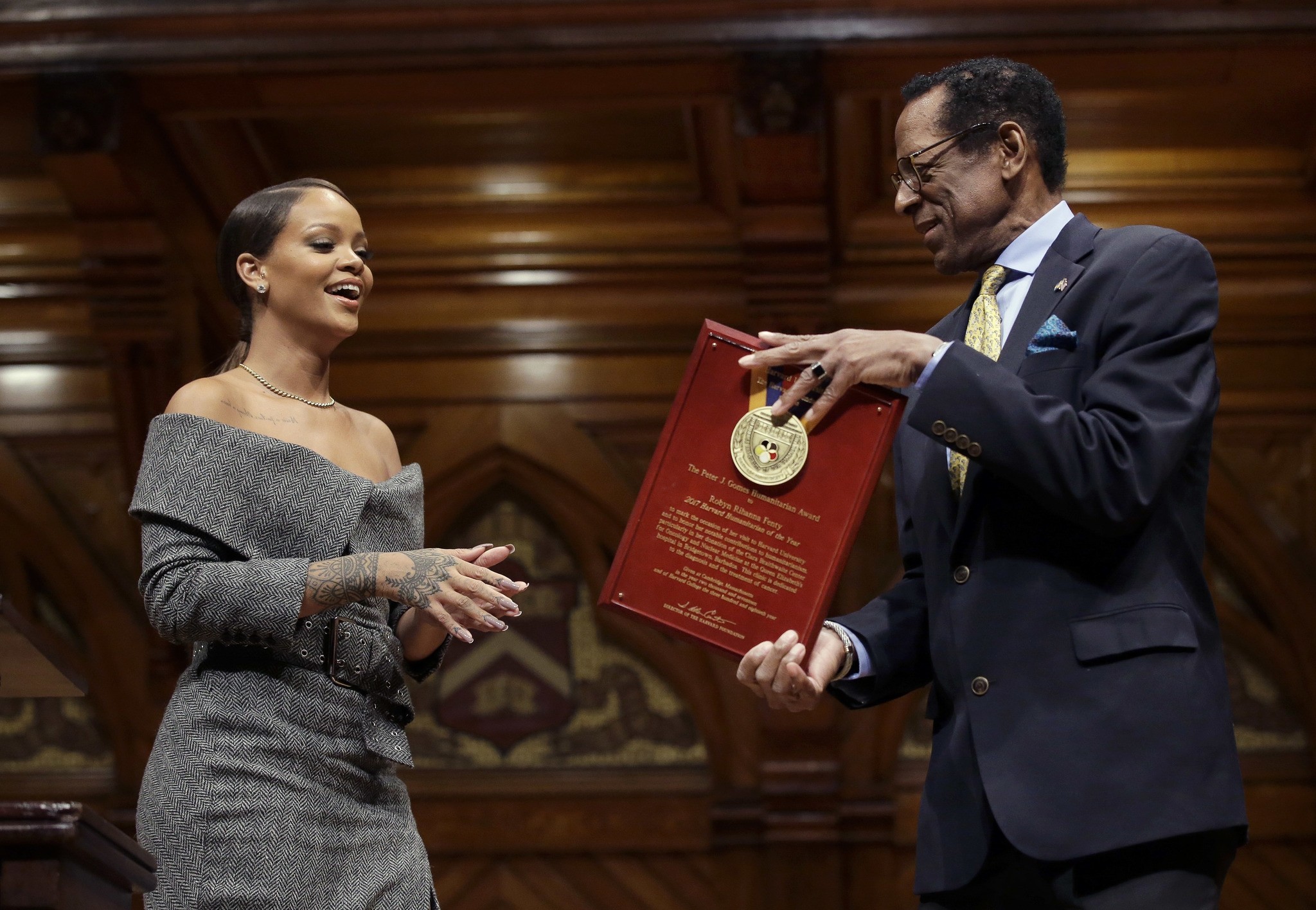 Rihanna is presented with the 2017 Harvard University Humanitarian of the Year Award by Allen Counter, director of the Harvard Foundation, Tuesday, Feb. 28, 2017. (AP Photo)
by Associated Press Mar 01, 2017 12:00 am

Grammy Award-winning singer Rihanna finally "made it to Harvard" to be honored as the university's 2017 Humanitarian of the Year.

She received a standing ovation as she accepted the award on Tuesday.

"So I made it to Harvard," she said, flipping her long ponytail and striking a pose as the crowd erupted into cheers. "Never thought I'd be able to say that in my life. But it feels good."

The university says it chose Rihanna for her involvement in a number of charitable causes. She built a state-of-the-art center for oncology and nuclear medicine to diagnose and treat breast cancer in her home nation, Barbados.

Rihanna, whose songs include "Work" and "Diamonds," also supports the Global Partnership for Education and Global Citizen Project, providing children with access to education in more than 60 developing countries. She created the Clara Lionel Foundation scholarship program, named for her grandparents, for students from the Caribbean who attend college in the U.S.