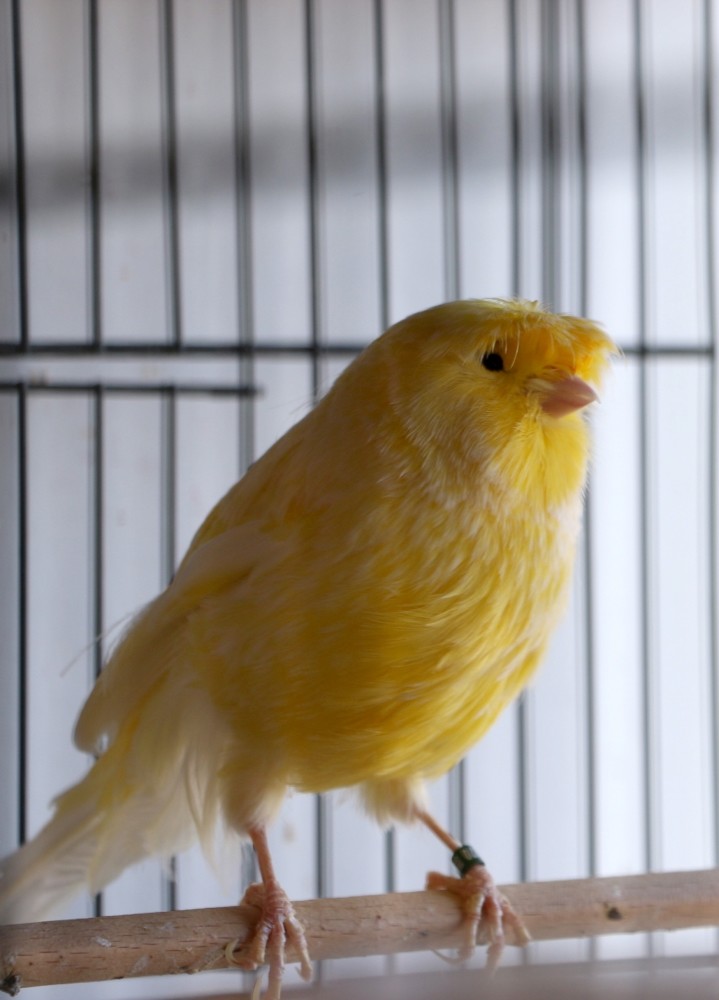 Every Thursday evening, a large group crowds into a local association for auctions where hundreds of different bird species are put on sale for enthusiasts in the coastal city of Antalya. With its champion canaries, the city has become attractive for avian lovers.

Taking birdcages from their cars parked in the backstreets, local people sharing the same passion gather at the auction space. Canary buffs jamming the 180-square-meter premises in the city's Muratpaşa district purchase birds at various prices, ranging from TL 5,000 ($1,376) to TL 6,000.

Oğuz Özkaya, the vice president of the association, said that he has been curious about cage birds since h. Özkaya's birds have achieved six world championships, six runner-up prizes and three third prizes in different categories in the last five years. He said that he feeds approximately 1,500 birds. 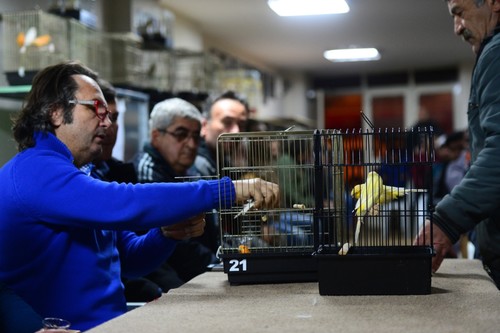 Each week Antalya locals gather for bird auctions at a local association.

"Breeders sell the surplus birds here on Thursdays. We share information about breeding between ourselves, apart from the auction. We help breeders mix with small competitions," said Özkaya, adding that anyone with a passion for birds, especially canaries, can join the association. Noting that Turkey breeds high quality cage birds, Özkaya continued: "The strongest Turkish province in this sphere is Antalya. The breeders in our association grow the best canaries in Turkey. Over the last six years, we have won first place in canary contests in Turkey. Antalya is at the center of Turkey in terms of canary breeding. Bird breeding has recently become more popular in the world."

Özkaya emphasized that breeders are deeply attached to their birds. "Birds are our passion. Perhaps, you sacrifice more than you do for your children. You get up at 6:00 in the morning and prepare their food. You mix and distribute the food with love," Özkaya said. "Then you expect championships from those birds. If you have already given love, the championship is inevitable. We do not regard birds as money. The spiritual side is much greater."

For Özkaya, canaries changed his life from the outset: "We do not go on holiday in summer. We arrange our vacation after the birds' mating season ends on July 15. When I say vacation, we go to other provinces or countries for bird contests. Some want to spend a holiday in the snow; some want it by the sea. We want to have a holiday with the birds, and we do it." He also points out the benefits of raising birds for children, advising parents to encourage their children to look after birds at home.

Yakup Erdem, who has been breeding birds for about 12 years, makes note of the two world championships he achieved last year. Underlining that bird breeding requires sacrifice, Erdem stated that if you breed birds, then you have to put your family in second place. "It is that kind of love. Most people visit and travel to other countries for birds. We steal from the time we have planned to save for our family by making this sacrifice. We spend more time with our birds than we do with our children, [doing things] like preparing food and replacing water," Erdem said. Stating that 15 competitions are held each year, which means spending 15 weekends with the birds in other provinces, Erdem emphasized: "We spend the time that we should spend with our family with the birds. It is a huge sacrifice."
RELATED TOPICS