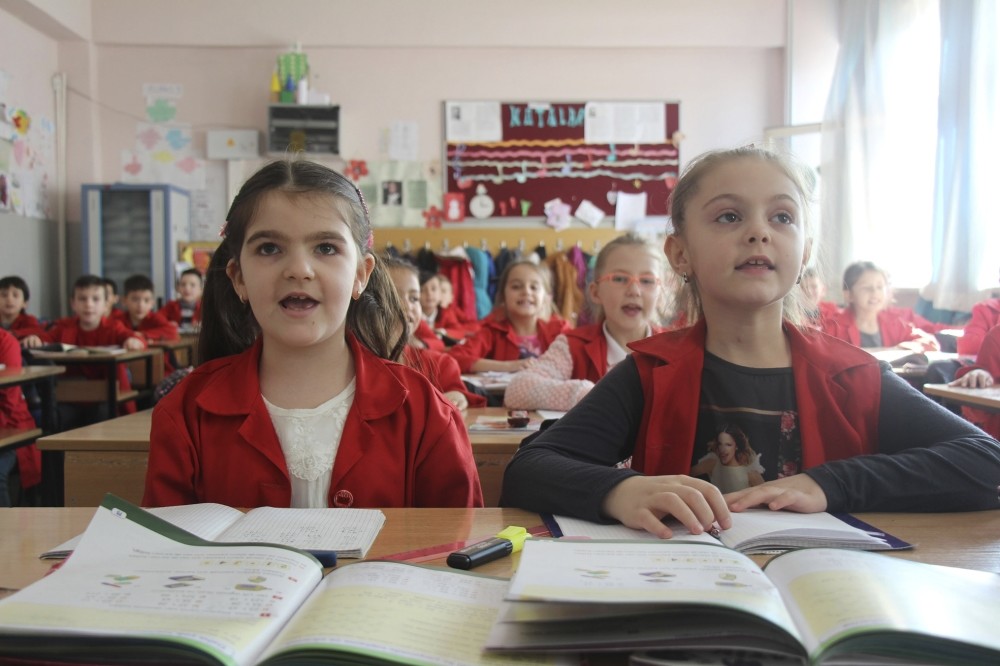 by Anadolu Agency Mar 08, 2017 12:00 am
Tefeyyüz Elementary School in the Macedonian capital Skopje, where the language of education is Turkish, has been a prominent educational institute for Turkish people living in the city for more than 100 years.

Meaning "rising, progression and inspiration," Tefeyyüz Elementary School is noted for the intellectuals it has been raising since 1884.

The Ottoman Empire built and founded the school under the name of "Tefeyyüz İptidai Okulu" (Tefeyyüz Elementary School). After the Ottoman Empire withdrew from the Balkans, the school was abandoned for a while and it fought for its survival for years with different names under the control of the Kingdom of Yugoslavia.

After numerous changes to its name and a break during World War II, the Tefeyyüz Elementary School is now considered a distinctive Turkish educational institution in Macedonia.

Osman Emin, the principal of Tefeyyüz Elementary School, said he studied in the school and has been working as the principal for four years. Emin pointed out that the school is one of the oldest educational institutions in Macedonia.

"You can smell history in our school. All our events are based on our history," Emin said.

The proud principal added that it was the first Turkish institution in the country after World War II.

"The fact that our school is the first Turkish institution in the country is a point of honor for us. It was followed by other institutions such as radio, TV and newspaper," he said.

Emin also added that they cooperate closely with other Turkish institutions in the country and the Turkish state.

"We have been receiving considerable support from our sister schools and municipalities as well as from the Turkish state," he said.

Emin explained that even though education in Turkish had been disturbed from time to time, it has been offering education in Turkish uninterruptedly since 1944. There has been an increase in the number of students who registered at the school, which, Emin said, should be interpreted as a sign that families attach importance to Turkish in Skopje.

"We also hold and participate in various sports and music events with our students. There are some initiatives by students, as well, such as charity sales and support for needy children," Emin continued.

Emin also added that all compulsory courses in the school are taught in Turkish while they have elective courses in English and Macedonian as well as French and Albanian depending on the demand from students and parents.
RELATED TOPICS