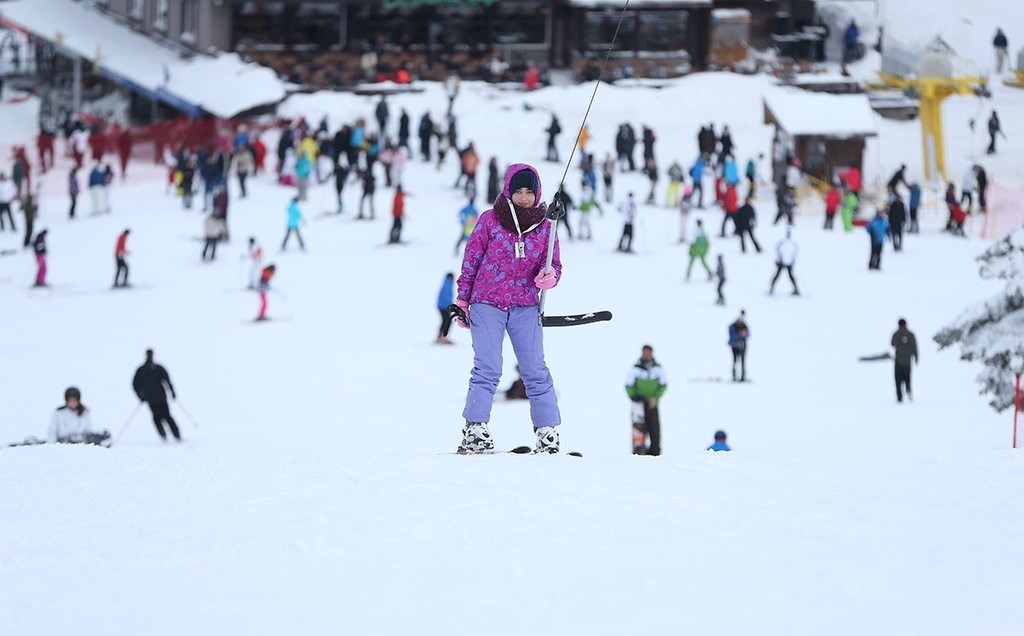 by Anadolu Agency Mar 13, 2017 12:00 am
Ski season in Uludağ, one of the top ski holiday destinations in Turkey, has been prolonged due to recent snowfalls. The snow depth in the area where ski resorts in Uludağ are located is measured at 90 meters (295 feet). Due to the current conditions, local authorities have announced that the ski season will continue in March as well. The General Directorate of Meteorology reported that the lowest temperature will be minus 5 degrees Celsius and the highest will be 3 degrees Celsius. With snowfall expected throughout the week, ski lovers who saw this opportunity flocked to the mountainside during the weekend to enjoy skiing in the spring time. South Marmara Tourism and Hotel Managers Association (GÜMTOB) executive Haluk Beceren reminded of the fact that the hotels in Uludağ closed their doors at the end of February last year due to low snow depth that was not suitable for skiing. Beceren informed that the hotels are expected to remain open until the end of March or even early April as, "It is a great time to ski in Uludağ, 'the White Heaven.' We invite all ski enthusiasts as well as people who want to spend a good time in the mountains to Uludağ," he added.
RELATED TOPICS