Love animals not only in summer, but for a lifetime 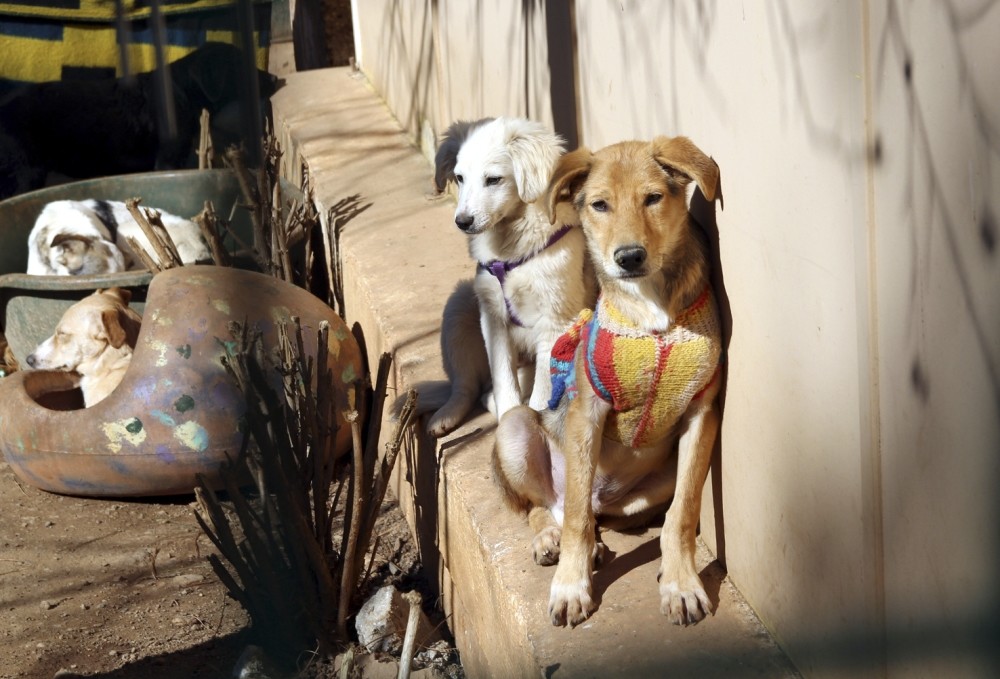 Some people stay in Marmaris for six months, purchasing dogs in the beginning of the vacation season, only to leave them behind when head go back home, causing an increase in the dog population.
by Anadolu Agency Mar 15, 2017 12:00 am
In Marmaris, one of the most popular holiday destinations of the southern Aegean region, all cat and dog animal shelters are full as many holidaymakers leave their animals behind. In addition, there are almost 20,000 stray cats on the streets. There are about 500 dogs and 200 cats at Marmaris Municipality's Animal Rehabilitation Center and the capacity is full. Despite additional departments added to the shelter due to intense requirements for places, Marmaris Municipality Deputy Mayor Dursun Kaplan said the physical capacity can no longer be increased.

Speaking to Anadolu Agency (AA), Kaplan said this was due to holidaymakers leaving their cats and dogs behind when they return home. He also noted that it is not possible to cope with the stray animal population if they don't desex them and therefore, they are waiting for the support of the Chamber of Veterinarians.

"We want holidaymakers to love their pets not just through the summer but throughout their whole lives," Kaplan added.

Chairman of Marmaris Society for Prevention of Cruelty against Animals (MAHAYKO), Veterinarian Hekim Gürol Yakal, also said there are people who stay in Marmaris for six months and they purchase dogs at the beginning of the season and leave them when they go back to their homes. "This causes an increase in the dog population and is causing us great difficulties. When we add the population created by holidaymakers leaving their pets behind to the actual stray animals here, the birth rate exponentially increases," said Yakal.

He further noted that the number of the dogs at the shelter is increasing day by day and invited people who want to own dogs to the shelter as the dogs have been vaccinated and all checks have been made, and also getting a dog from a shelter means doing something that will benefit the other dogs. "If they get it from our shelter, the dogs will be trained and we believe that everyone can find a dog they would want to own at our shelter," added Yakal.

Veterinarian of Marmaris Animal Rehabilitation Center Bora Deveci said with 55 tons of donations provided by the Marmaris Municipality, annually 60 tons of dog food is consumed at the shelter. Noting that they don't request any fees for the adoption of the dogs, Deveci stated that in order to ensure that the dogs are receiving the best care possible they make adopters sign a contract to ensure that all required controls are completed by the person adopting the dog and they take the dogs back if they see any deficiencies or lack of care in their nutrition and general care.
RELATED TOPICS