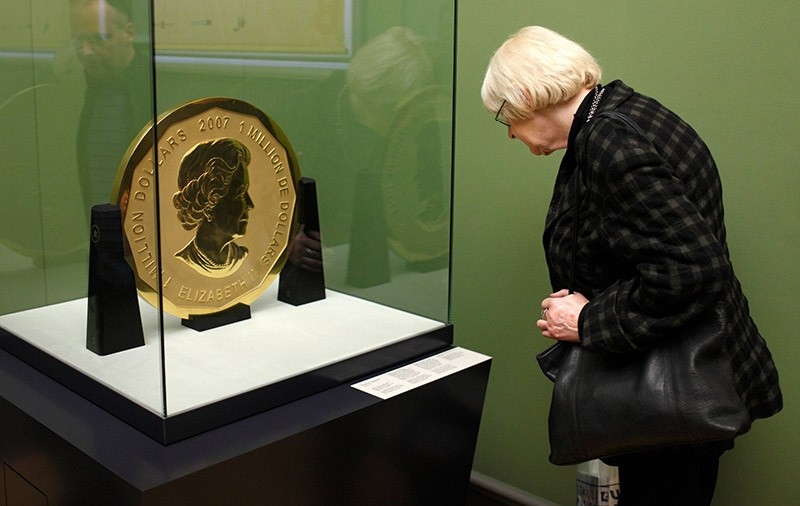 Thieves stole a gold coin with a face value of $1 million and weighing 100 kilograms (220 pounds) from Berlin's Bode Museum on Monday.

According to German media, the stolen coin is the "Big Maple Leaf", a commemorative piece issued by the Royal Canadian Mint in 2007.

Spokesman Stefen Petersen said thieves apparently entered through a window about 3:30 a.m. Monday, broke into a cabinet where the "Big Maple Leaf" coin was kept, and escaped with it before police arrived.

The coin, 53 cm (21 inches) across and three cm thick, features the portrait of Queen Elizabeth II and is featured in the Guinness Book of Records for its purity of 999.99/1000 gold.

Suburban rail traffic was interrupted as investigators combed the area for clues.

The Bode Museum, located on the German capital's UNESCO-listed Museum Island, houses one of the world's biggest coin collections.