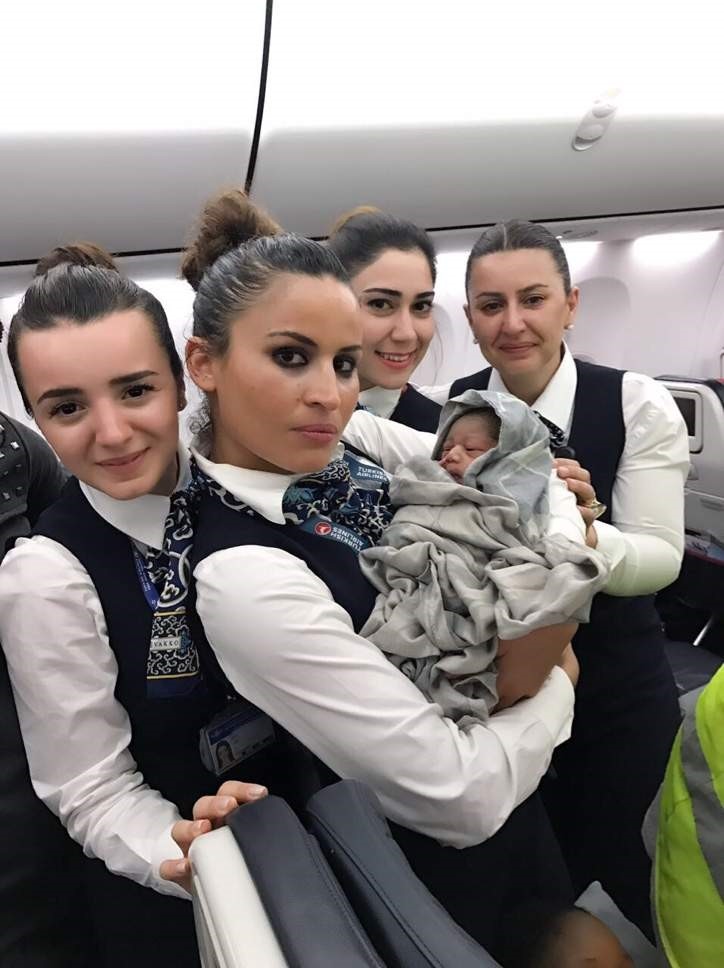 A French woman successfully gave birth mid-flight with the help of the cabin crew on a Turkish Airlines flight on Friday as the aircraft was on its way from Conakry to Istanbul.

Guinean Diaby Nafi, who holds French citizenship, started having labor pain shortly after the flight took off from Guinea's capital Conakry. The cabin crew who received training assisted with the delivery of the baby girl who was named "Kadiju".

"The mother gave birth while standing, and we received help from several other passengers," Bouthayna İnanır, one of the flight attendants who helped in the delivery, said, adding that the cabin crew chief cried tears of joy after the birth.

The pilot conducted an emergency landing in Burkina Faso's Ouagadougou city so the mother and newborn could receive medical attention before continuing on to Istanbul. Both are reported to be in good health and under medical supervision.

Passengers and flight attendants took pictures with the baby and widely shared them on social media.