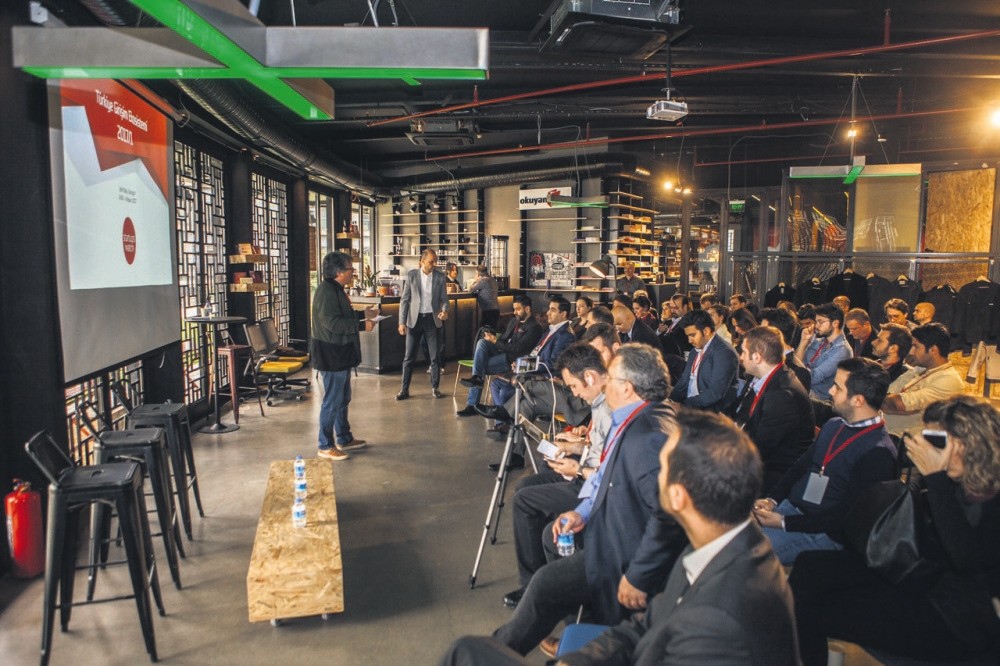 The report states that financial technologies (fintech) received the largest share of investment in Turkey. The U.S., China and the U.K. took the biggest share in finance technologies investments worldwide and the world has been witnessing interesting developments in investment trends. In the first quarter of 2017, banks have increased investments in artificial intelligence and big data, while the automotive industry is focusing on artificial intelligence and Industry 4.0. Telecom businesses have been investing more on finance technologies, big data and Industry 4.0.

Investments in Europe slow down

In Europe, the number of investments has declined by 27 percent and the volume of investments decreased by 18 percent in the first quarter of 2017. Despite a backlash against Britain due to Brexit, the country has maintained its lead position in startup investments. Receiving more than $3 billion in investments in just three months, British startups continued to be the stars of Europe, second only to Silicon Valley. Turkey has become the biggest startup ecosystem in Eastern Europe along with Poland. Combined investment figures for Greece, Bulgaria and Romania have been only one-tenth of Turkey's. In the Middle East, Turkey has continued to be the largest startup ecosystem market after Israel. Lebanon has become the country coming closest to Turkey with $2 million in investments.

The number of seed investments in Turkey, which have increased over the last two years, continued to grow in 2017 as well. As seed investments accounted for a large part of overall investments, Turkish international basketball player Sinan Güler and singer Mustafa Sandal have also become angel investors. Mustafa Sandal and Sinan Güler drew attention by investing in the ventures Jestiniyap and Inovatink, respectively.

Foreign investors are the first to see opportunities

The value and potential of Iyzico, which continues to draw attention with its innovative payment solutions technology, has first attracted Japanese and Austrian investors. Financial technology startup Iyzico has received $13 million in investments in the first quarter of 2017 and $2 million from Amadeus Capital just a few days ago. Thus the startup closed the Series C Investment Round with a total of $15 million. Iyzico founder Barbaros Özbugutu points to the importance of starting out with the right person who can take the initiative and adds that creating a corporate culture is the key to achieving permanent success.

Ali Karabey, managing partner at the venture capital firm 212 VC, said: "We regret failing to notice Iyzico earlier. Japanese and Austrian investors identified it before us. When investing in a startup, we try to make sure its founders are the right people with the potential to manage it properly. We find out from whom they received investment before us."

Sinemia sets its sight on Hollywood

At the StartupsWatch event, Sinemia's founder Rıfat Oğuz received the first investment from Aslanoba. Having received investment also from Revo Capital in the first quarter of 2017, the startup plans to carry its movie ticket subscription services abroad as well. In his address to the event, Oğuz expressed that Sinemia, which offers movie subscription service for cinema tickets nationwide by integrating location-based technologies and pre-paid bank card systems, carried its business to the U.S. by early 2017, after Britain. Speeding up its investments in the country, the firm introduces its Messenger Bot feature, which finds the nearest movie theater in 10 seconds, to U.S. and Turkish moviegoers simultaneously. Berkin Toktaş, a founding partner of Revo Capital Turkey, said that Sinemia produced a solution to prevent bogus usage that could be employed in many other transactions as well.

One of the startups to raise money in the first quarter of 2017 was BuldumBuldum.com. Güçlü Gökozan founded this startup during his freshman year at university. BuldumBuldum.com has achieved rapid and significant growth over the last six years and has become Turkey's biggest mass customization and gift brand with thousands of deliveries every day. Gökozan is planning to carry his venture abroad. Hasan Aslanoba, founder of Aslanoba Capital, which has supported many business ventures in Turkey, says the most critical choice in ventures is the entrepreneur himself. Aslanoba remarks, "You have to follow technology trends and invest today in fields that will become more important in the future. It is of critical importance for the founder of a startup to fully focus on the business and manage his energy correctly."

2017 will be a year of SME focused investment

İhsan Elgin, founding partner at Startups.watch, touched upon the following topics in his statement: "When we look at investments in startups, we see that after a 43 percent growth in 2016, the upward trend continues also in the first quarter of 2017 with a high growth rate of 51 percent year-on-year. Significant venture ideas that have been put into practice and attracted investment in recent years began to turn Turkey into a center of attraction."

Stating that when we look at the fields of activity of ventures drawing the greatest attention across the world, financial technology (fintech) applications, artificial intelligence and big data stand out again in the first quarter of 2017 as they did last year, Elgin goes on to say: "2017 will be a year of ventures providing services to the SME market and offering opportunities for increasing productivity and sales. These ventures will receive investment. In the subsequent quarters, we expect the growth in financial technologies to continue and retail technologies to become the new focus sector.