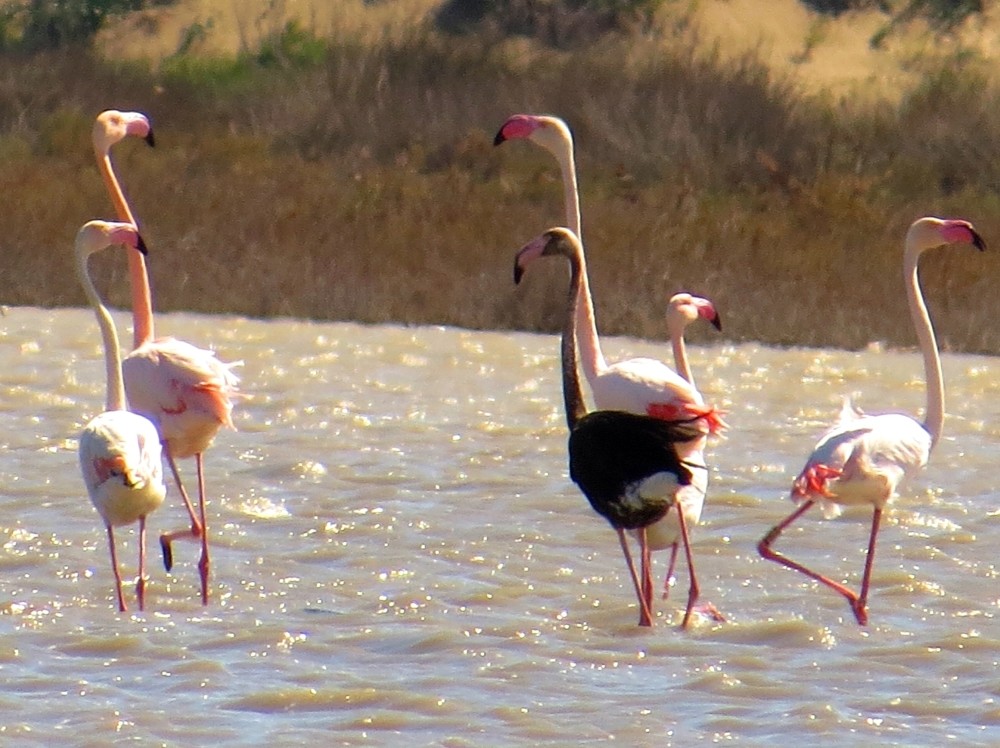 The black flamingo, a rare flamingo species, was photographed in Adana on April 5.

According to a statement released by the Forestry And Water Affairs Ministry, the black flamingo was seen in the Tuzla Wildlife Development Area in Adana.

The rare bird was photographed by officials from the Directorate General for Nature Conservation and National Parks. The black flamingo has been seen in Cyprus and Israel over the last two years.

Although there are a couple of flamingo types in the world, they are usually pinkish in color. Flamingos, which have long legs and necks with small heads, live around shallow waters.

The color of their feathers changes according to the carotene levels in the foods they digest. When they feed on low carotene food, their feathers can even turn white. However, black or brown flamingos are believed to have a genetic disorder. They are rarely seen anywhere else around the world.