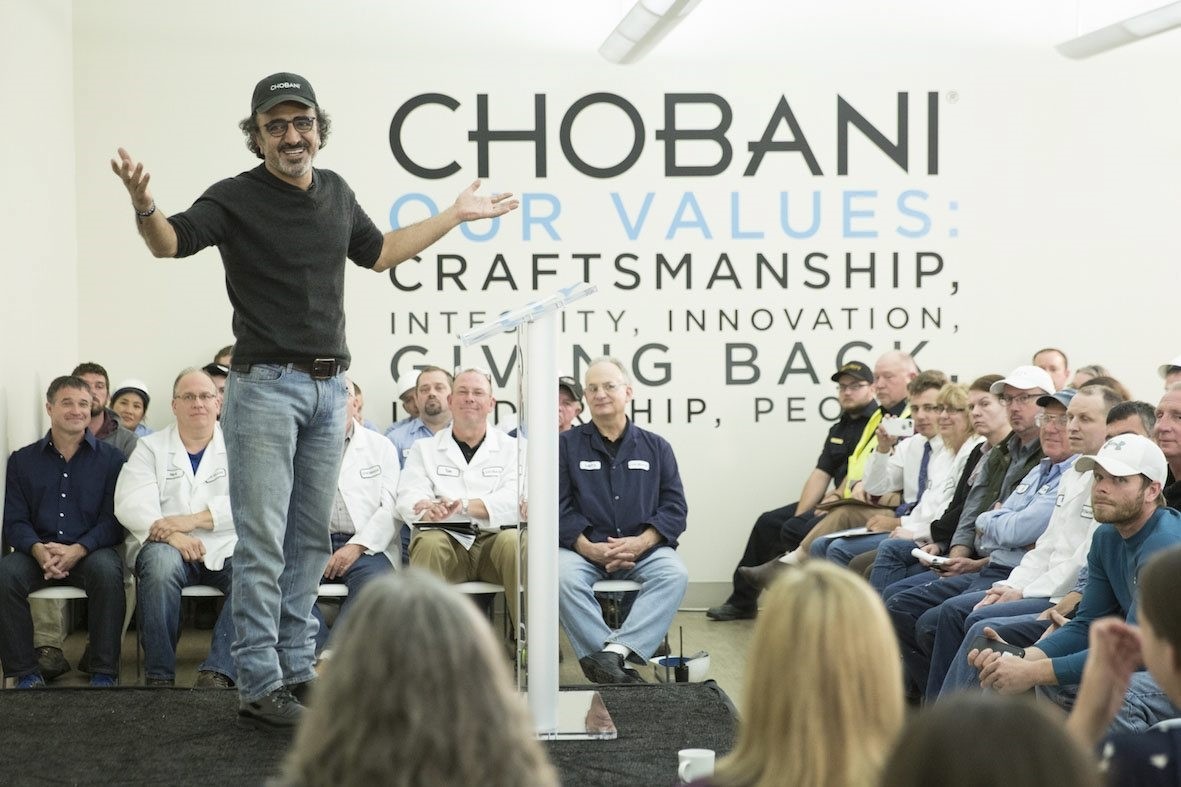 The CEO of New York-based Chobani yogurt company, who moved to the U.S. in 1994, transformed a shuttered factory into a flourishing yogurt company that now employs people in areas where jobs have been scarce, such as south-central Idaho and upstate New York.

Last year, Ulukaya announced that he had given a 10 percent ownership stake in the company to its approximately 2,000 employees.

The 10 percent ownership stake transferred to employees came from the 80 percent of the company held by Ulukaya. The other 20 percent belongs to TPG Capital, which invested $750 million in Chobani in 2014.

Ulukaya has also hired hundreds of refugees to work for Chobani, and has also founded the Tent Foundation, a group dedicated to improving the lives and livelihoods of the world's displaced people.

This is the second straight year that Trump has made the list. He is joined by his daughter Ivanka and son-in-law Jared Kushner. Trump staffers Reince Priebus and Stephen Bannon are also included in the group.