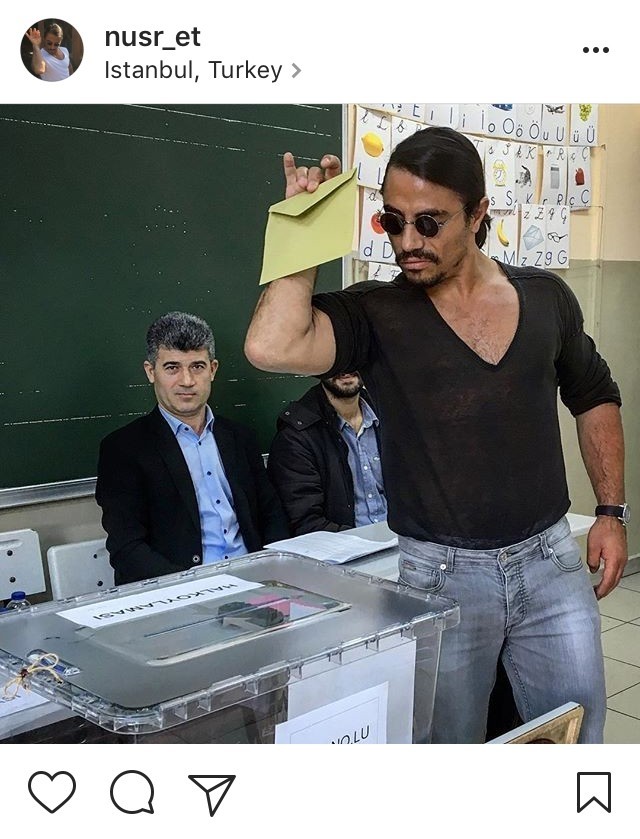 The French Interior Ministry urged the citizens to go to polls in Sunday's presidential election by using the photo of one of the best-known faces on the internet this year, Turkish butcher Nusret Gökçe casting his ballot in Turkish referendum on constitutional changes last week.

The ministry posted a tweet saying the French citizens have time to vote until 19.00 and 20.00 depending on the city they go to polls, coupled with a photo of Gökçe voting in Istanbul with his signature style.

Gökçe, already an Instagram star in Turkey, went viral internationally in January thanks to his videos in which he chops and seasons meat in perhaps the most 'sensual' way possible.

Gökçe has made the headlines with his Instagram posts, last February he was seen with Academy award winner Leonardo DiCaprio in the Dubai branch of his steakhouse chain Nus-ret.