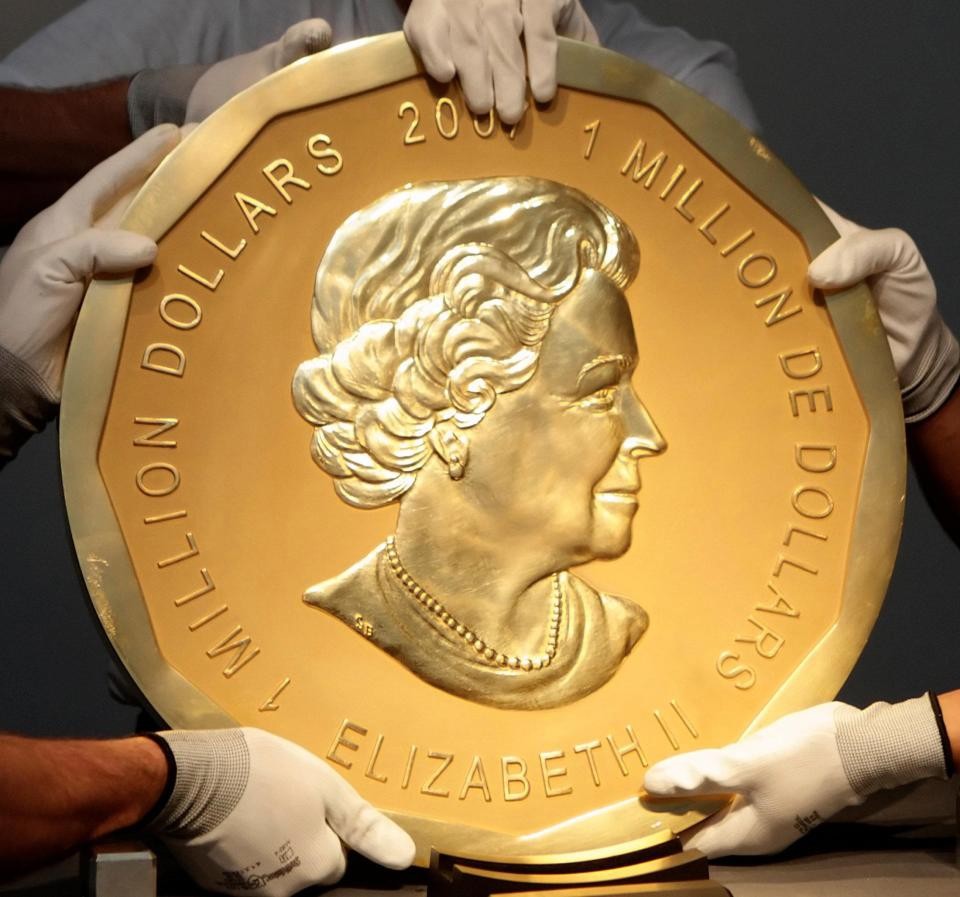 A giant gold coin bearing the Queenu2019s image and worth $4m was stolen from the Bode Museum in Germany last March.
by German Press Agency - DPA
Apr 26, 2017 12:00 am
Four weeks after the daring theft of a 100-kilo gold coin from a museum in Berlin, a suspect is yet to be found, police said on Monday.

"The inquiries of the State Office of Criminal Investigation continue," a police spokeswoman said.

On March 27, thieves broke into the Bode Museum in central Berlin after erecting a ladder on a rail line adjacent to the museum in the early hours of Monday morning.

They then scaled a wall on the museum before breaking into the building through a window.

Once inside the building, the thieves broke into an armored glass display cabinet on the museum's top floor containing the coin, which they transported away in a wheelbarrow.

The museum expressed shock that the thieves had managed to beat the building's security system.

Police published photos of the tools they believe were used in the robbery. Alongside the wheelbarrow and ladder were a door wedge, a flat board with castors and an axe.

However, the current gold price means that the market value of the coin could be as high as $4 million, experts said.

Police fear that the coin will be sliced up and the pieces melted down and sold. Investigators are hoping for information from dealers who may have been offered large amounts of gold.
Last Update: Apr 26, 2017 1:03 am