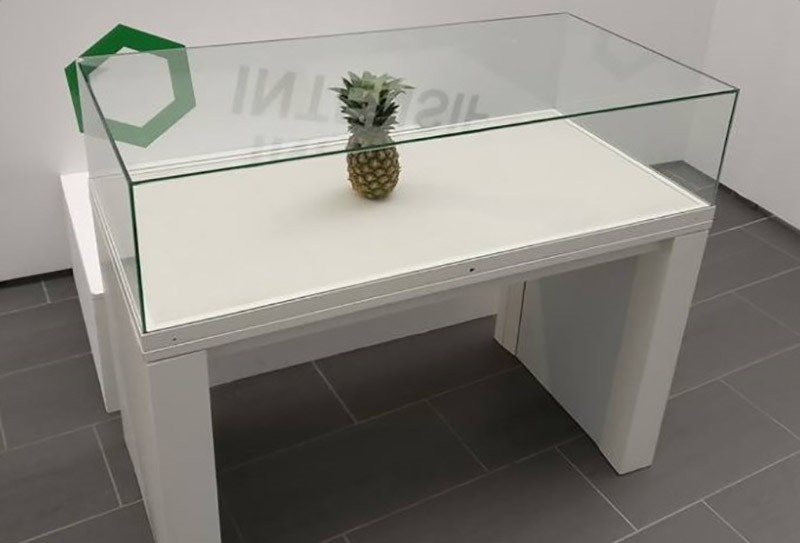 A pineapple has been given its own glass display case at an art exhibit in Scotland, after two pranksters left the fruit at a podium hoping gallery visitors would perceive it as an art piece.

The pranksters, who were later identified as students Ruairi Gray and Lloyd Jack from the Robert Gordon University, reportedly bought the "art piece" for £1, aiming to trick experts at the university's Look Again exhibition.

"I saw an empty art display stand and decided to see how long it would stay there for or if people would believe it was art," Gray, one of the pranksters, told the Daily Mail.

"I came in later and it had been put in a glass case – it's the funniest thing that has happened all year," the 22-year old business information technology student added, joking that he was now hoping for honorary degree in arts.

Gary's partner in crime Lloyd Jack said that the two returned to the gallery days later to watch "people walking by trying to work out how the pineapple was art."

The prank also went viral after the students shared their success on social media accounts, receiving thousands of likes.

According to the Press and Journal, it remained a mystery who placed the fruit into a glass display.

Cultural assistant Natalie Kerr, one of the organizers of the Look Again display, said that the fruit must have been placed in the display while moving the exhibition.

The exhibition decided to keep the piece on display after realizing it was part of a prank as it was in harmony with the "playful spirit" of the commission.

Last year a pair of glasses left on the floor in the San Francisco Museum of Modern Art went viral after people genuinely believed it was part of the exhibition.