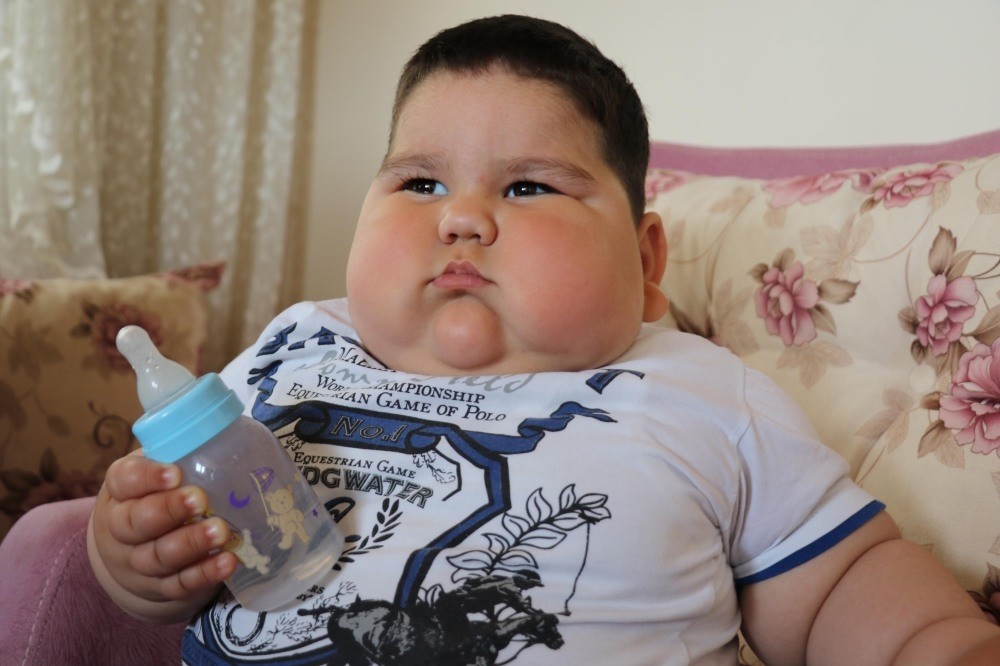 A one-and-a-half year old baby, Yağız Bekte, tips the scale at a grand total of 32 kilograms. The abnormal weight of the baby, who is the son of Sedat, 32, and Sevda Bekte, 26, is due to a leptin deficiency.

The parents, who live in Samsun, were shocked at first to see their child to gain weight so quickly. They understood that something was wrong when Yağız was five months old, so they brought him to the Medicine Faculty of Samsun Ondokuz Mayıs University. Test results showed that Yağız was suffering from leptin deficiency, which is a kind of hormonal disorder.

The child's mother stated that although she was feeding her son with breast milk, he was putting on two kilograms every month. "He doesn't have the feeling of being full because of the disorder. He is getting hungry on and off. He weighs 32 kilograms now. It is difficult for me to carry him. He is wearing his older brother's clothes, and his brother is nine years old. We cannot find clothes and diapers for him. He is one and a half years old now, but cannot walk because of his weight."

Stating that a box of pills used in the treatment of Yağız costs $4,441 and it is not supplied by the state, the child's father said they cannot start the treatment as he cannot afford the pills on a worker's salary.