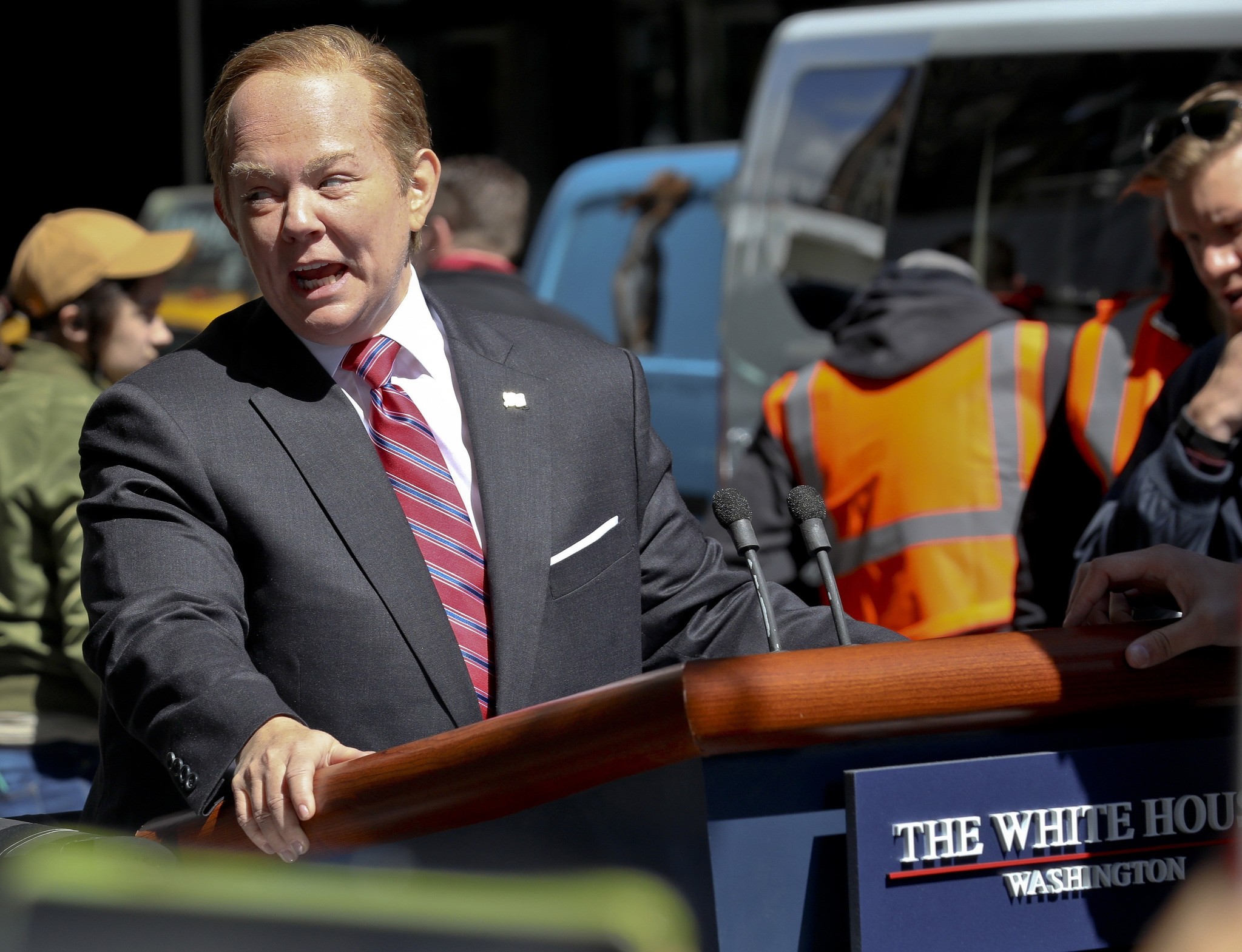 Actress Melissa McCarthy portrays White House spokesman Sean Spicer, while taping a segment for Saturday Night Live on Friday May 12, 2017, in New York. (AP Photo)
by May 12, 2017 12:00 am

Actress Melissa McCarthy took her impersonation of Sean Spicer, the White House press secretary, to the streets of New York City on Friday, rolling through midtown traffic on a motorized lectern in an apparent shoot for "Saturday Night Live."

McCarthy is due to host the NBC television show on Saturday, when she is expected to revive her portrayal of Spicer as a gum-chewing shouter who berates and threatens journalists for asking probing questions.

The hour-long skit show has been broadcast live since it began in 1975.

Cellphone videos posted on social media showed McCarthy suited up shouting at cars to get out of the way as she cruised through traffic.

Spicer said in an interview with the news magazine show Extra in February that the impression was "funny," although he also suggested she "could dial back" the performance somewhat.

He has also referred to McCarthy's tendency, when dressed as Spicer, to drive a motorized lectern rapidly toward a reporter who asks an aggravating question.

"Don't make me make the podium move," he said to laughter at a news briefing in March in response to a pointed question about the latest employment figures.

Spicer's boss, U.S. President Donald Trump, has been a guest host on "Saturday Night Live" twice, in 2004 and 2015. He now takes a dim view of the show, which has also regularly featured an unflattering portrayal of him by Alec Baldwin wearing orange make-up.

On Twitter, Trump has called the show "unwatchable," "biased," "not funny" and "sad."