Fidget spinners, the hit toy that spun out of nowhere 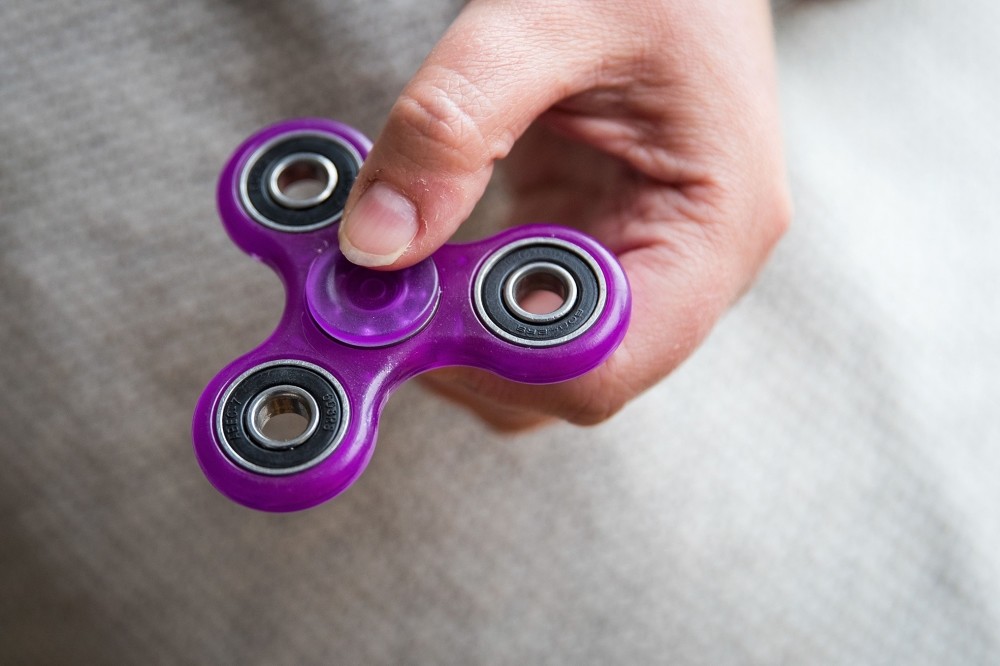 Stores can't keep them in stock. Parents are scrambling to find them. And some schools have banned them.

The mania for fidget spinners -the 3-inch twirling gadgets taking over classrooms and cubicles- is unlike many other toy crazes. They're not made by a major company, timed for the holiday season, or promoted in TV commercials. They're more easily found at gas stations or 7-Eleven than at big toy chains.

"It just took off," says Richard Gottlieb, a consultant at Global Toy Experts in New York.

Fidget spinners have been around for years, mostly used by kids with autism or attention disorders to help them concentrate. But they exploded in popularity this spring.

Shannan Rowell, a sixth-grade special education teacher, says that after a weeklong break in late April more than half of her 25 students suddenly had one.

"They seem to be taking over classrooms," says Rowell, who lives in North Grafton, Massachusetts.

Gottlieb thinks it's likely a kid brought one to a playground and the craze spread from there. Recent YouTube videos of people spinning them on their noses, foreheads and shoes also helped.

Helen Holden heard about fidget spinners last month when her 7-year-old twins demanded she stop at a 7-Eleven to buy them. "I thought it was a drink," says the bank vice president and blogger from Los Angeles.

That store was sold out, and so were several other 7-Eleven locations that she called. The chain says spinners have "been flying off the shelves" since they went on sale in March.

Holden's kids said they needed them before school on Monday so they could practice spinning them. So she signed up for Amazon Prime, paid $5.99 for one-day shipping and had two $15 fidget spinners delivered on a Sunday.

"I totally got suckered by my kids," she says.

At Funky Monkey Toys, owner Tom Jones says he got a phone call about the fidget spinners in April. About 30 minutes later, another person called. "I said, 'Whatever they are, I need to get them.'"

Now, the phone has been ringing 20 to 30 times a day with people checking if they're in stock. His shop in Oxford, Michigan, can sell up to 150 in a day.

"We run out of them frequently," says Jones, who recently got a shipment of 2,000.

On Amazon.com, 18 of the top 20 best-selling toys and games were fidget spinners, ranging from ones that cost just a few dollars to $12 versions touting stainless steel bearings.

Five Below, which sells items for $5 or less, says on its website that customers can only buy two fidget spinners at time.

Despite being marketed as a concentration aid, some teachers say fidget spinners have become a distraction.

Some schools have banned them. A middle school in Williamstown, New Jersey, wrote that spinners needed to stay in backpacks because they were a distraction in classrooms, hallways and during lunch periods. An elementary school in New York told parents to keep the gadgets at home because they were twirling into children's faces.

It's not just kids spinning them. Gottlieb thinks adults are reaching for spinners because they are more stressed out. "People don't smoke as much, so they have to figure out a way to work out their stress," he says.

Kim Juszczak, a lawyer from New York, whirls her red-and-black spinner on the subway or while she's thinking up legal arguments for a case.

"I'm naturally kind of fidgety," says Juszczak, who used to bend paperclips in her hand.

She first saw a spinner on Instagram, and got hers for about $6 on Amazon. Then she bought six more for friends and relatives.

"They're addictive," she says.