A real-life 'night at the museum': Dutch man spends the night alone in Amsterdam's Rijksmuseum 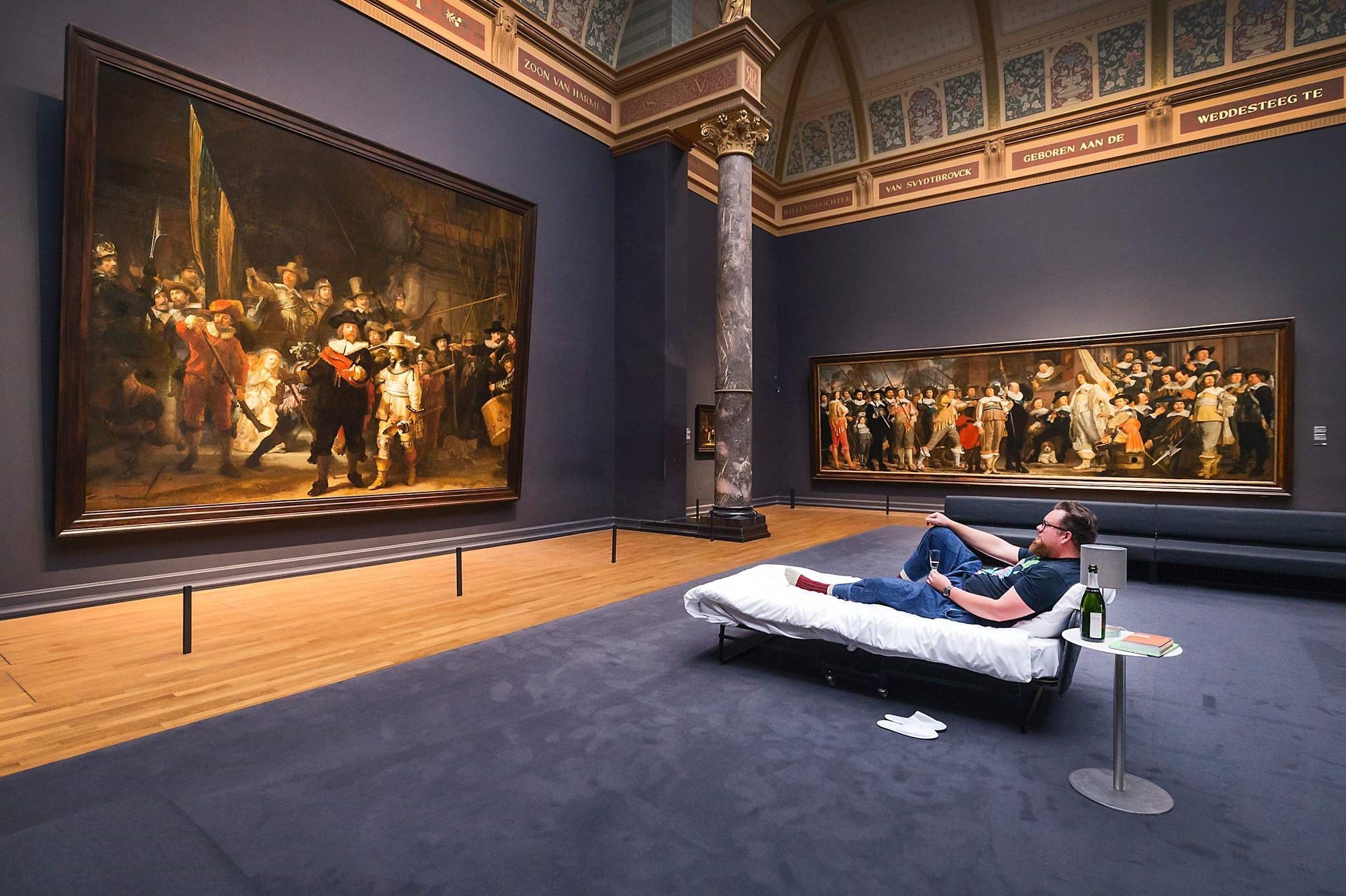 Amsterdam's famous Rijksmuseum this week welcomed its 10-millionth visitor, handing the winner a one-time dream prize: spending a night alone in the company of Rembrandt's masterpiece the "Night Watch".

"I've slept two metres (6.5 feet) from the Night Watch. It's magic, I still can't believe it," said Stefan Kasper on Friday, a Dutch school teacher and artist who bought the lucky ticket.

Museum director Taco Dibbits said he was delighted at the high visitor numbers, following a decade-long renovation that saw its doors reopened in 2013.

But it was the first time anyone was allowed to spend the night guarded only by the company of 17th century Dutch militia watchmen depicted in Rembrandt's best-known painting.

Kasper won his golden ticket Thursday while on an outing with students from the Montessori College in Aerdenhout just outside the Dutch capital.

The star-struck Kaspers told AFP he was completely left alone for the night and that the museum rolled out the red carpet for him.

"There were no guards, or they were very well hidden," he added.

Kasper said he used the opportunity to "take some selfies and walk around in pants and socks in completely empty rooms," before enjoying a gazpacho soup and a cheek of beef, prepared by top chef Joris Bijdendijk of the Michelin-star RIJKS restaurant.

Kasper -- who said he was not in particular a fan of Rembrandt's works -- admitted he had looked at the painting "with new eyes."

"I discovered characters that I have never seen before. They came to life in front of me. It's an experience that is forever etched in my memory," he said.