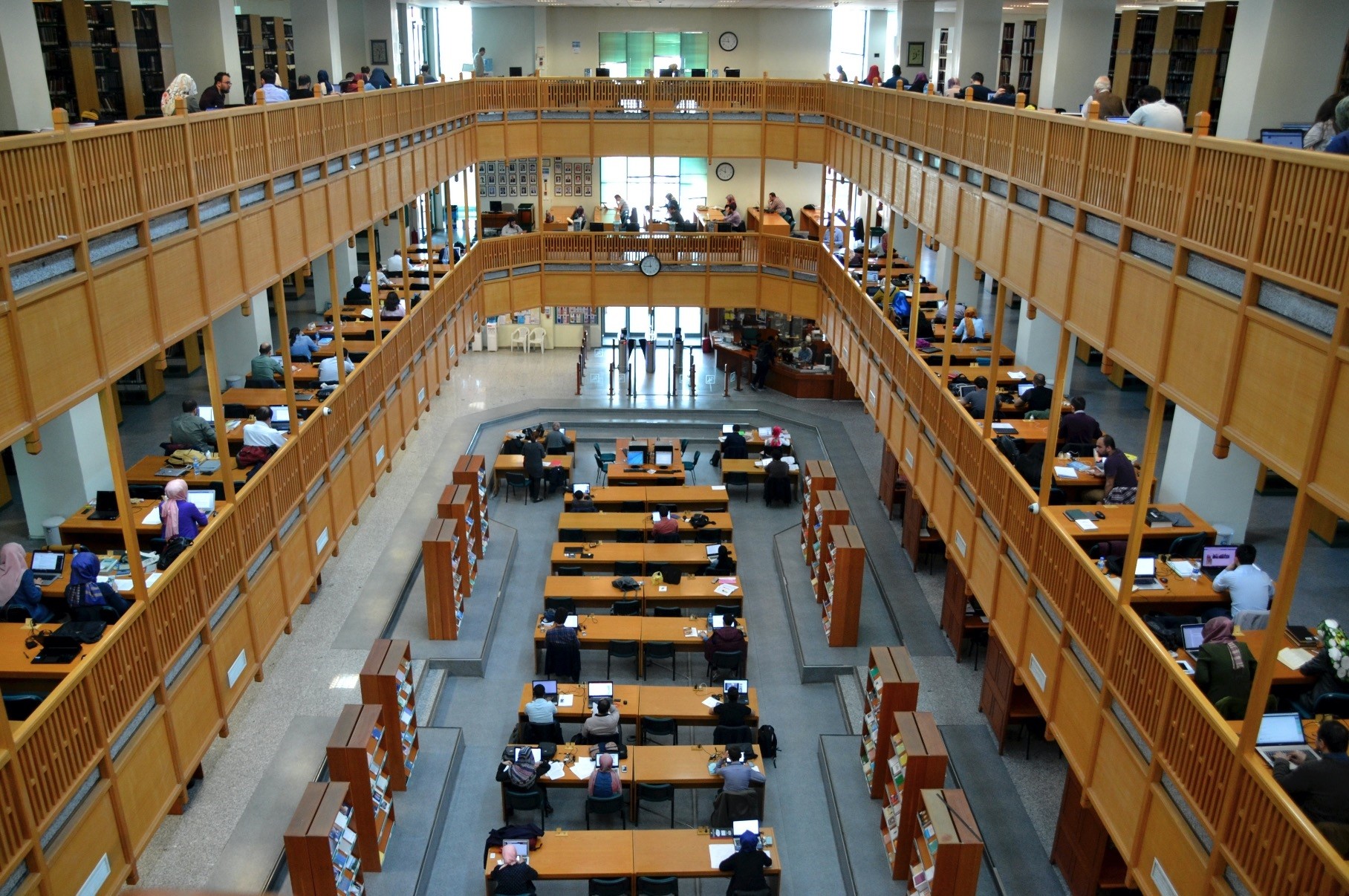 Having a rich reserve with more than 285,000 books and over 190,000 journals in addition to its huge digital database, the library of the Center for Islamic Studies is a meeting point for both local and foreign academics, writers and intellectuals

The center was founded by the Directorate General of Turkey's Diyanet Foundation Encyclopedia of Islam in 1983 and came into operation in the same building with the İSAM Library. Implying that both corporations were combined in 1993, Center for Islamic Studies (İSAM) Library and Documentation Department Director Mustafa Birol Ülker told Anadolu Agency (AA) that that all the work is conducted under the title of İSAM.

Ülker said that the library serves academics and postgraduates, adding: "İSAM is a library for the social sciences and also contains religious sciences. It has about 26,000 members. Both graduate and postgraduate researchers may enroll for membership at the library. With its book reserves offering over 285,000 items and journal reserves with more than 190,000 items, the İSAM Library is ready to serve researchers."

Pointing out that document files about the articles of the 44-volume Encyclopedia of Islam, which was published by the Turkey Diyanet Foundation (TDV), are present at the İSAM Library, Ülker said: "All these files are open to researchers. The articles of the encyclopedia were compiled as a result of 30 years of research conducted by scanning thousands of books and journals in foreign languages. A digital version of the study is also available on İSAM's web site." 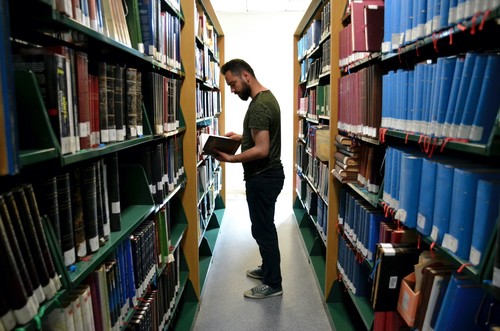 Dscribing the library's data base as one of its most important features, Ülker said: "The library has a database of articles in Ottoman. Important articles published in religious, history and literature journals in the Ottoman era are available in PDF format on the database. There have already been over 25,000 articles uploaded. Works, tags and PDFs that were recorded in the database are available for all researchers without any fee or library membership. The database for the Dissertations' Catalogue of the Faculties of Theology follows ongoing and completed dissertations and announces them to researchers."

Data bases includes the collections and archives of Hüseyin Hilmi Pasha, Yusuf İzzeddin Effendi, Ziyad Ebuzziya and many others, which are available in the Ottoman Tracts and Annuals collection.

Emphasizing that the databases are updated on a regular base, Ülker said that researchers can reach the database for theology articles via

İSAM's website. He said: "Nearly every year, at least 6,000 articles are added to our theology database. All the articles are put in the database with copyright permits in PDF format. We have uploaded about 42,000 articles up to this point."

Ülker added that the new Turkey's Database for Articles is also available, and said: "This database contains 500,000 tags under the category of social sciences. Tags from articles written on the social sciences journals, declarations, conferences, workshops, congress and symposiums conducted in Turkey are regularly updated. The database also has tags for theology articles."

Ülker said that the library serves foreign researchers throughout the summers. He explained: "We buy books from abroad with dollar and euro exchange and provide them for the use of researchers. Many books with only one printing are at İSAM Library. As it would be highly costly for researchers to buy these books, taking Turkey's economic condition into consideration, İSAM tries to make it easy for researchers by following both local and foreign literature."

Stressing that the library has attracted a great deal of attention since the day it began to serve researchers, Ülker said that there must be a significant difference between research libraries and study lounges.

Reiterating that about 700 researchers visit the library daily, Ülker said: "As there are just a few libraries providing researchers with separate rooms in Istanbul, the İSAM Library attracts a great numbers of visitors. The number of libraries in Istanbul is insufficient while the number of researchers demanding these resources from municipalities and the Culture [and Tourism] Ministry is high. Authorities must find libraries, information centers and study lounges and put them into service at suitable locations."

Explaining that there are also renowned researchers among visitors to the library such as Mehmed Niyazi, the author of the books "Çanakkale Mahşeri" (Çanakkale, the Armageddon), "Yemen Ah Yemen" (Yemen Oh Yemen) and "Plevne" (Pleven), Ülker said: "Niyazi conducted his studies while writing these books at the İSAM Library. Professor İskender Pala, Beşir Ayvazoğlu and academics serving in the departments of social sciences at their respective universities pursue their studies at the İSAM Library."