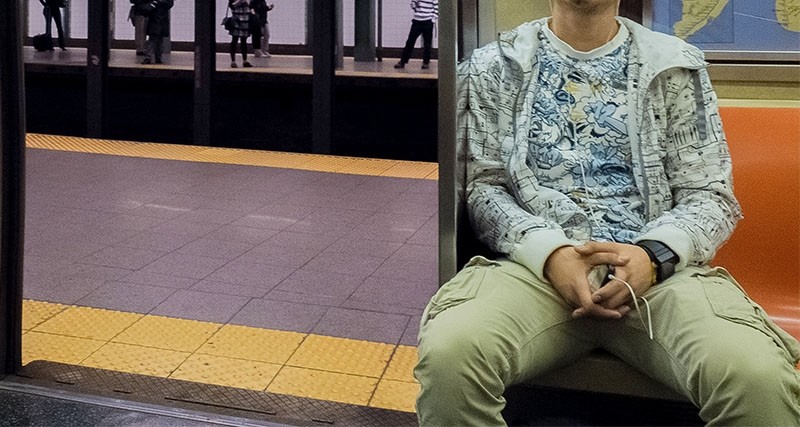 After the 2014 pioneering New York ban on "manspreading," the Spanish capital announced a similar ban Wednesday.

The regulation, introduced after months of campaigning by citizens of Madrid, aims to discourage men from the space-invading act.

The Oxford English Dictionary defines manspreading as, "The practice whereby a man, especially one travelling on public transport, adopts a sitting position with his legs wide apart, in such a way as to encroach on an adjacent seat or seats," entering the dictionary with similar recent additions such as "mansplainer" and "man flu."

Madrid's Municipal Transportation Company (EMT) announced that it would install anti-manspreading signs in all new carriages and vehicles in order to discourage the invasion of personal space.

The sign does not contain the word "manspreading", but the symbol of a man spreading his legs wide apart with a red X over the posture makes the rule clear. A text beside the icon asks passengers to "respect the space of others." The EMT has not specified a fine for those who persist in their manspreading behavior.

Leading the campaign to introduce the ban was the group Mujeres en Lucha, meaning "Women in Struggle." The group shared a petition with the hashtag #MadridSinManspreading (#MadridWithoutManspreading), which went viral on social media. Eventually they presented the petition to the regional president and mayor of Madrid.

The left-wing Popular Unity Candidacy (CUP) brought the issue to the national level by demanding a campaign to tackle the problem across the country. The party described man spreading as an "exhibition of machismo and a micro-aggression that can make the person suffering it uncomfortable."