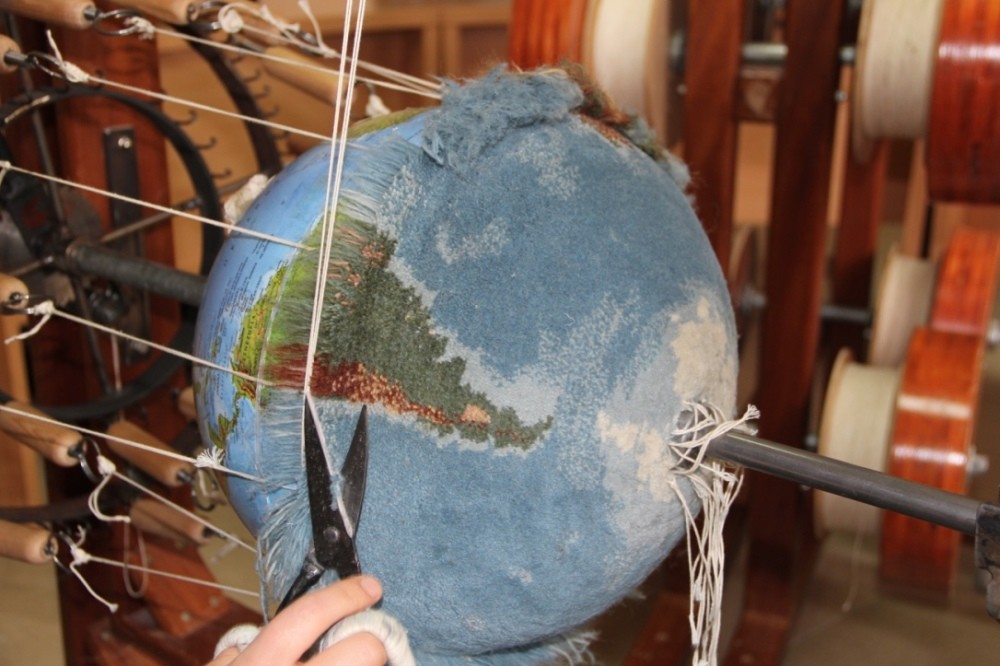 For a 79-year-old retired biology professor living in Sivas, carpet weaving is a way of life. Prof. Yener Okatan has woven a map of the world onto a world globe, using a unique loom he designed himself.

His self-designed loom allowed the retired professor to realize his dream, even gaining a patent on his woven globe in 2007. Okatan stated that he hopes to provide weaving courses applying his own unique style to carpet weaving instruction.

Currently teaching 10 students at the Sivas Public Education Center's Evening Art School as a volunteer, Okatan conducts his workshops using a unique loom with 10 spools, representing the colors on the globe. The completed versions of the globes woven by his students will soon be sent out to local corporations and displayed at museums.

Speaking to the press about what inspired him to pursue this dream, Okatan said that he was once mesmerized by an embossed carpet he saw in Istanbul during his time as a student there.

Having no knowledge of carpet weaving, Okatan started to work toward realizing his dream by designing his own loom in 2005 after retiring from his career as a biology professor.

'Sivas has the globe carpet'

Reiterating that the globe carpet he wove is unique and the only one of its kind in the world, Okatan said, "There is two leading museums in the world; one is the Metropolitan Museum of Art in New York City and the other one is the Louvre in Paris. I heard that they are competing saying 'I have this piece, which you haven't.' Here I challenge both museums, Sivas has the globe carpet, you have not. This is a unique accessory that is only available in Turkey which, I believe, makes it invaluable and, of course, open to comment."

Having completed his massive "globe carpet" in one year, Okatan wants to see his work on display in corporations and museums.

One of his students, Nafiye Kip, stated that she started taking lessons from the retired professor two months ago, adding: "We are not working with patterns. We just follow the colors on the globe. I think I can complete a globe in a month."