On the road, migrants scarred by physical, mental trauma 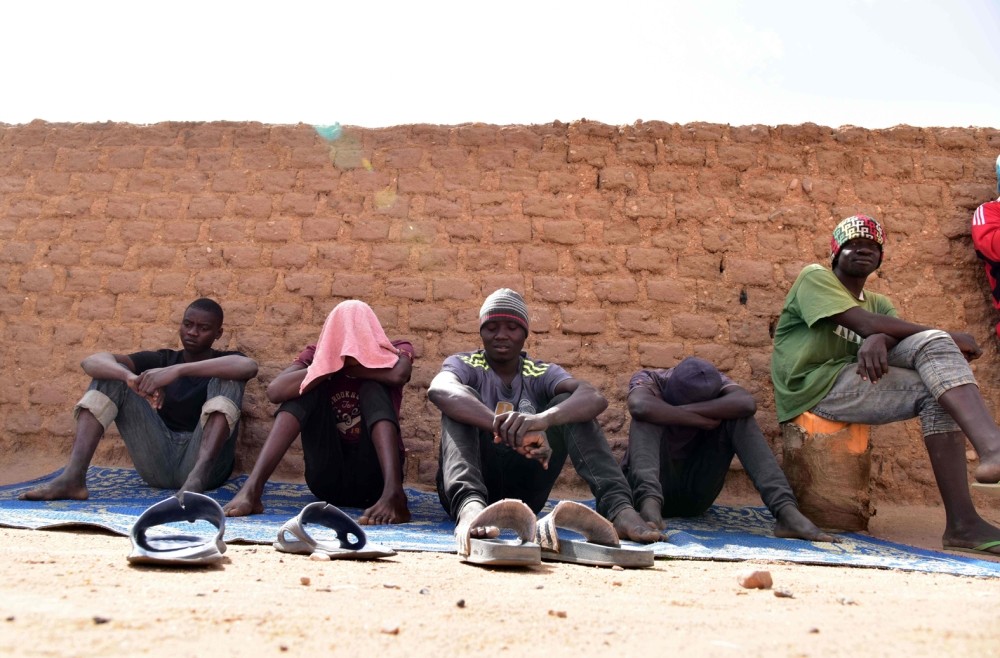 Migrants from West Africa waiting in a room at a u201cghettou201d in Agadez, northern Niger, as they wait to go to Libya from where they will attempt to reach Europe by crossing the Mediterranean sea.
by Jun 16, 2017 12:00 am

Hunger, fever and fractured limbs are common enough among the tens of thousands of migrants that pass through Africa's smuggling hub of Agadez each year, but many also suffer psychological trauma.

Ibrahim Kamara, a 37-year-old from Serrekunda in The Gambia, still needs a stick to lean on six months after tumbling out of a pickup truck packed with migrants heading for Libya.

"We drove for five hours then had an accident. My leg was broken," he says of the crash somewhere in the Sahara.

"People brought me back to a hospital in Agadez. When I'm better, I'll try again.

"It's better to try to cross than to stay in Gambia. In Gambia, I didn't have a job. I can't have a wife, I have no money."

Accidents are commonplace on the rough tracks used by people-smugglers, who drive for hours without stopping across desert and dunes.

"Some of the people brought back to hospital are in a really sorry state, and they're the ones that can be moved," said Djibo Mazou, who works for medical charity Medecins du Monde.

"A lot of people die. The lucky ones get to die here."

In early June, at least 44 people died of thirst in the desert after their vehicle broke down. Among them were women and babies.

Last year, the NGO cared for more than 2,000 people in health centres set up across the city.

"We get road accidents but mostly the cases we see are malaria, digestion problems and extreme fatigue," Mazou said.

"During the journey, people often don't have anything to eat, so when they arrive they eat anything they get their hands on... Those on their way back from Libya are tired and weak."

As well as the physical problems, there is huge psychological trauma too, he said, both among migrants heading to Europe and those who failed to get there and have been forced to turn back.

"Those who left Libya after having to cope with conflict and crises such as armed robbery or attacks... need help," said Cheffou Boube, the national psychology coordinator for Medecins du Monde.

"So do those who're on their way out. They've left their country and come to a foreign nation where the context, the climate, the conditions are different. They're out of touch with their markers, their values, their social habits," he said.

"And some have also faced physical and psychological violence."

"This all creates stress, worry, sadness and despair," he said.

To address the mental trauma, the medical charity has recruited social workers who regularly visit the migrant hostels in Agadez to check whether anyone needs help.

The people-smugglers have become used to these visits, which are welcomed by the migrants themselves, Boube said.

Some of the worst cases need psychiatric help. "We have had cases of schizophrenia and of people who lose touch with reality and are aggressive or violent," he said.

The NGO has also set up support groups inside the hostels where psychologists or social workers can interact with groups of 15 migrants at most.

More than 400 migrants have been involved in the groups so far, Boube said, with the participants deciding what problem they want to discuss.

"Our aim is to strengthen their resilience," Boube said.

"They want to be able to continue their journey."