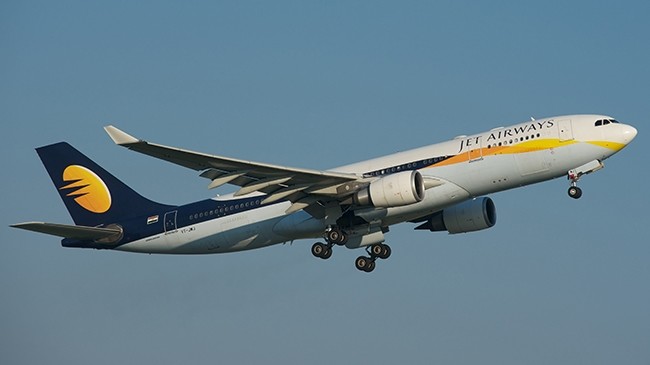 A newborn baby boy has received free flights for life Monday after being born on an international commercial flight as it flew at 35,000 feet.

An Indian woman, in her 20s, went into premature labor on Sunday's Jet Airways flight between Damman in Saudi Arabia and Kochi in the southern Indian state of Kerala.

"The guest delivered a baby boy at 35,000 feet," the Mumbai-based Jet Airways said in a statement, adding that a paramedic on board and airline staff helped with the delivery.

The Boeing 737 flight, which had 162 passengers on board, was diverted to Mumbai where the woman and her newborn were rushed to a hospital near the airport.

An official at Mumbai's Holy Spirit hospital said that both the mother and baby boy were doing well.

The woman was believed to have been around 32 weeks pregnant when she gave birth.

Jet Airways said it was the first time a baby had been born on one of its flights and that it had given him free travel for life on the airline.

"Being the first baby to be born in-flight for the airline, Jet Airways is pleased to offer the newly-born a free lifetime pass for all his travel on Jet Airways," the airline said in a statement.

In August last year a woman gave birth on a flight from the United Arab Emirates to the Philippines.

The plane made an emergency landing in the southern Indian city of Hyderabad so the mother and newborn could receive medical attention before continuing their journey to Manila.

A French woman successfully gave birth mid-flight with the help of the cabin crew on a Turkish Airlines flight in April as the aircraft was on its way from Guinean capital Conakry to Istanbul.