From luxury hotels to slums, Haiti puts used soap to good use 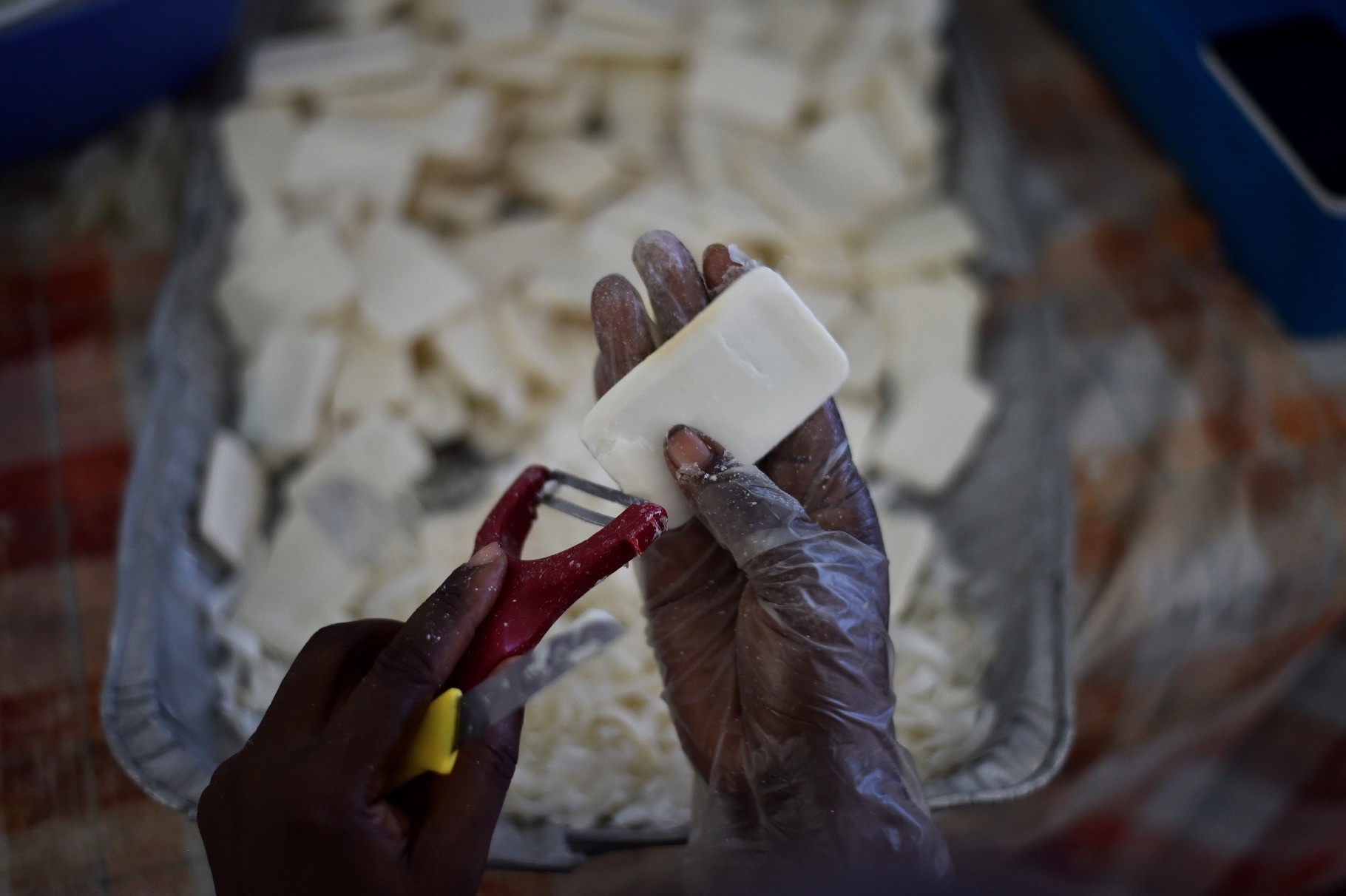 A Haitian program to recycle used soap bars from luxury hotels has proven a win-win-win proposition, reducing waste, helping fight water-borne disease and giving employees like Magoiana Fremond the chance to send her kids to school and let them "eat every day."

The project, simple but effective, has had a remarkable impact.

Laure Bottinelli discovered the idea of soap-recycling while spending time in Southeast Asia. Inspired to try something similar in Haiti, she and two associates in January 2016 created the Anacaona company, Haiti's first and only soap-recycling enterprise. They have already enlisted 25 hotels in the plan, in both Port-au-Prince and Jacmel, a weekend destination for many foreigners living in the capital.

"In Haiti, nothing is ever wasted: Poverty is such that everything is recovered, reused in one way or another," said Mai Cardozo Stefanson, part of the management team at Montana, a luxury hotel in Port-au-Prince.

"Normally, the staff saves the soap for their own use. But now they collect used bars and give them to Laure. In return, they receive clean, reconditioned soap bars."

Plus, she added, "with the cholera crisis we're facing, there is the aspect of hygiene education," another part of the work done by Anacaona. Used soap bars collected from hotel rooms are shredded and melted before being reconditioned, jobs Anacaona's three employees divide among themselves.

"I didn't come back to Haiti to set up just one more NGO," said Bottinelli, a company head at the tender age of 28.

While some employees do not know how to read the contracts Anacaona gives them, "we have explained to them what a work contract means, that there are rules to be respected but also rights protecting them."

In a country where informality is the norm, she likes to point out that her company is properly registered with commercial and tax authorities. The new soaps are made using only natural Haitian products and are wrapped in biodegradable paper: the small company aspires to social responsibility and prefers hiring single mothers.

"I can't deny it, the Good Lord brought us this job," said Magoiana Fremond, carefully wrapping a soap bar. Before, she couldn't afford to send her five kids to school, provide them food and pay the rent. And now?

"Anacaona helps the country, and me, a lot: my children are in school, they eat every day. Before, I rented an apartment, but now I've started building a house," she added with a proud smile.

While the first orders for Haitian soaps were sent to French beauty label Yves Rocher, the recycling project now is able to distribute part of its own production to partner schools in Jacmel. The small company, still in the development stage, is also playing a part in reducing water-borne disease in Haiti, the poorest country in the Americas.

With 72 percent of Haitians lacking indoor toilets, the cholera epidemic that started in 2010 has spread across the country, killing nearly 10,000 people. The lack of potable water has made diarrheal diseases a leading cause of infant mortality, according to the World Health Organization.

Anacaona works with its partner schools to be sure they teach basic hygiene rules to their students. And in the Cite Soleil, the Caribbean's most densely populated slum, the company pays community workers to spread that message.

With questionnaires in hand, these "hygiene ambassadors" criss-cross their neighborhoods, knocking on the doors of every rusty sheet-metal shanty they encounter to first assess the inhabitants' sanitary habits and then share the essential rules of good health