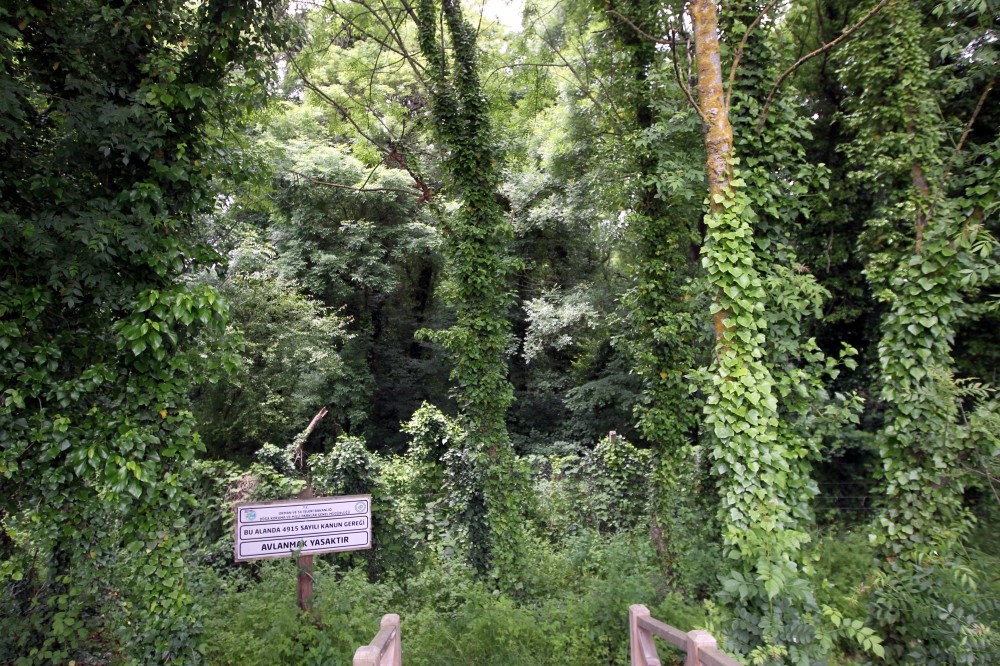 The Hacıosman Forest in Samsun, Turkey's first protected wildlife reserve, has welcomed only scientific researchers in over three decades since it was given the natural reserve status by the country's Ministry of Forestry and Water Affairs in 1984.

Located within the borders of Samsun's Çarşamba district, the protected area is under strict regulations, where even cutting a branch is forbidden. The forest is largely situated on alluviums dragged from the Yeşilırmak Delta.

It can only be visited by researchers working in scientific projects conducted in cooperation with The Scientific and Technological Research Council of Turkey (TUBİTAK).

Forestry and Water Affairs Executive Mehmet Sadık Kılınçer told Anadolu Agency that the 130-Hectare Hacıosman Forest is one of Turkey's most important floodplain forestlands, thanks to its flora.

Kılınçer said that the forest was listed in world literature because of its endemic trees and was placed under protection in 1984.

"Hacıosman Forest is a unique alluvium forest system, seen rarely on the European continent. It is home to some important species like ash tree, oak, Caucasian wingnut, Hophornbeam, Carpinus Orientalis (a kind of hornbeam) and maple. The forest also hosts various kinds of animals like wild boars, moles, turtles, rabbits and gray herons. In order to protect the biodiversity, the 130-hectare forest was declared a protected wildlife reserve in 1984."

Wired and protected by forest rangers, Hacıosman Forest is home to more than 12 kinds of trees, 30 kinds of bushes, 68 different plants and 72 species of fungi bound to 32 different families.