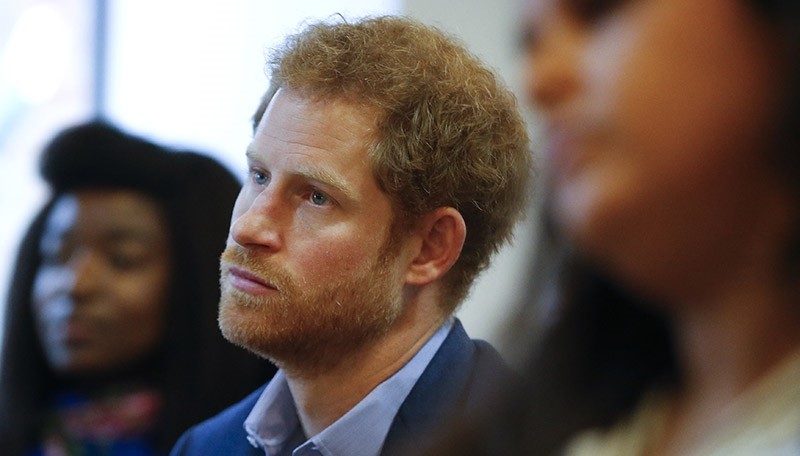 Britain's Prince Harry has suggested that no one in the royal family really wishes to rise to the throne.

Harry said in an interview with Newsweek magazine that it was duty, rather than desire, that prompts the family to continue serving the British people.

"We are not doing this for ourselves but for the greater good of the people ... Is there any one of the royal family who wants to be king or queen?" Harry, 32, who is fifth in line to the throne, told the Newsweek magazine

"I don't think so, but we will carry out our duties at the right time."

Queen Elizabeth, 91, has been on the throne since 1952 and is currently the world's oldest and longest reigning monarch. Harry said they wanted to carry on her work but her family would not be "trying to fill her boots".

"The monarchy is a force for good," he said. "We don't want to dilute the magic ... The British public and the whole world need institutions like it."

Harry, along with his elder brother William and William's wife Kate, has become a prominent mental health campaigner, citing his own anguish and emotional struggles following the death of his mother in a Paris car crash 20 years ago and disclosing how he sought counselling to help him cope.

Harry also revealed his distress at having to walk behind his mother's coffin as a 12-year-old child following her death in a 1997 car accident. Harry and other members of the family, including his 15-year-old brother Prince William and his father Prince Charles, walked behind the hearse in full public view.

"My mother had just died, and I had to walk a long way behind her coffin, surrounded by thousands of people watching me while millions more did on television," he said.

"I don't think any child should be asked to do that, under any circumstances. I don't think it would happen today."

The prince, who is dating U.S. actress Meghan Markle, last year criticized the media for intruding into her private life and he told Newsweek that he tried to live an "ordinary life" despite the huge global attention he attracts.

He said even if he were king, he would do his own shopping.

"I sometimes still feel I am living in a goldfish bowl, but I now manage it better," he said.

"People would be amazed by the ordinary life William and I live. I do my own shopping. Sometimes, when I come away from the meat counter in my local supermarket, I worry someone will snap me with their phone.

"But I am determined to have a relatively normal life, and if I am lucky enough to have children, they can have one too."