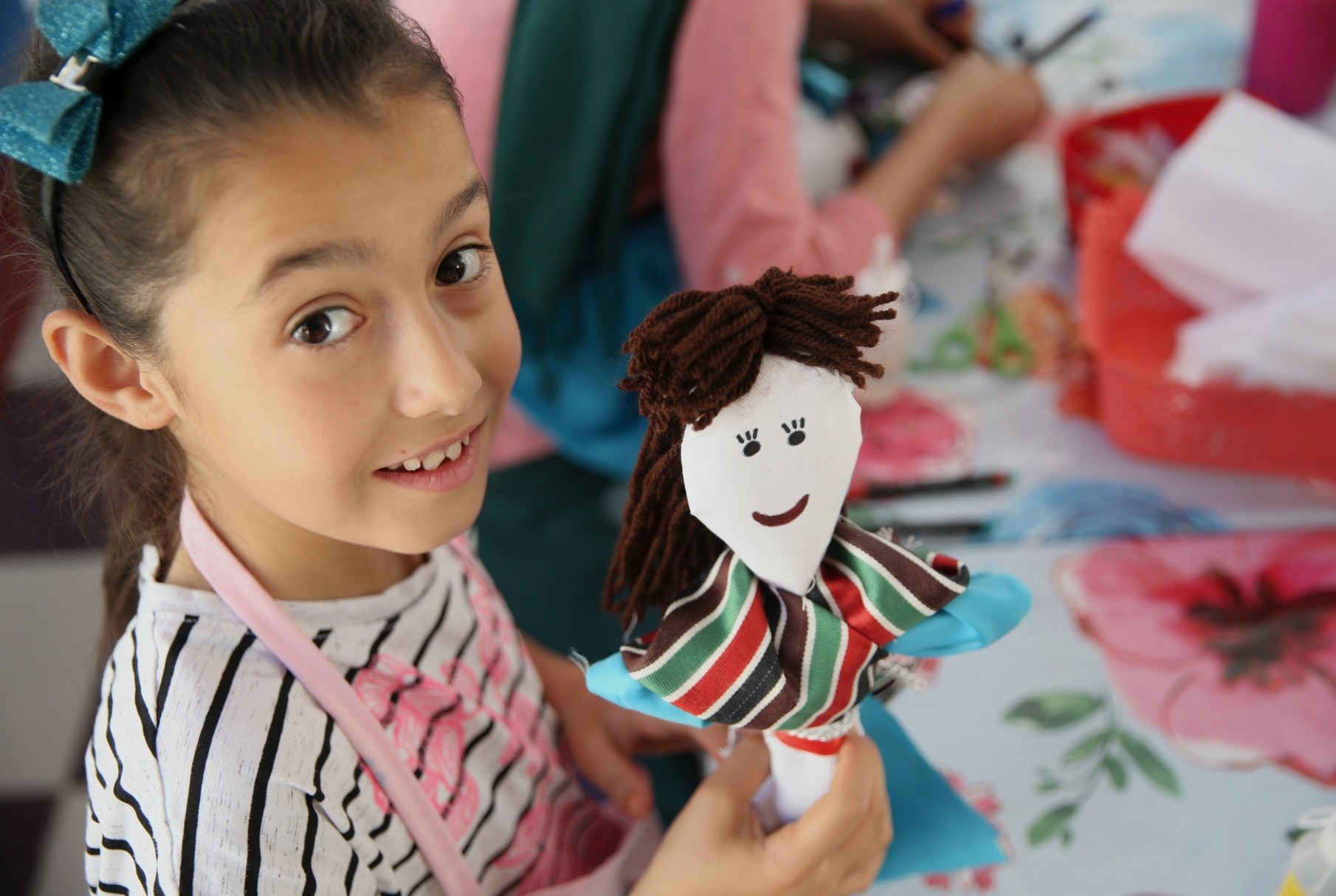 Children in the province of Gaziantep are having a fruitful time at the Toy Museum, where they are reviving the traditional toy of Çömçe Gelin

The Toy Museum of Gaziantep Municipality which has been in operation since 2013, preserves local dolls for future generations.

The museum offers workshops for young children to learn the art of doll making at the museum which is located in Gaziantep's Bey neighborhood, where children experience the happiness of producing their own dolls while learning the history of this unique art form. One of these local dolls, known as "çömçe gelin" ("wooden bride" in Turkish), dates back to the 1940s and is made from a wooden spoon. 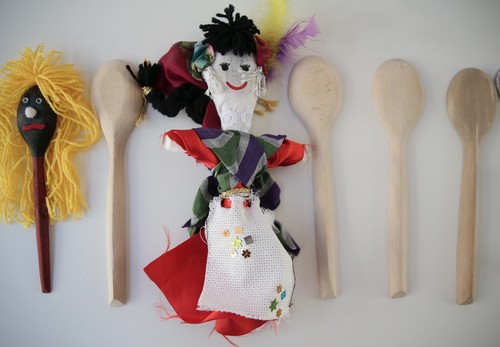 This unique craft is formed by crossing two wooden spoons to make the form of two arms before it is wrapped in clothing and local fabrics to take its final form as a "çömçe gelin."

Young children in the region used to try to make these dolls themselves by gathering the necessary materials. Now, these nostalgic, local treasures are being revived in the hands of young children thanks to the local Toy Museum. Museum curator Aslıhan Özaslan spoke to Anadolu Agency (AA) about the concept, stating that museum officials launched the project to revive the forgotten tradition of doll-making.

Stating that officials aimed to offer a joyful experience to children by offering play workshops, Özaslan said, "At these workshops, play is brought to life with toys that were once sinking into oblivion. With this unique workshop, we hope to offer children and adolescents a glimpse into the past when they visit the museum."

Explaining that "çömçe gelin" is also considered a type of game for children, Özaslan added that "In the past, when children's prayers would come true, they would walk around districts and villages with these dolls at their hands. They used to gather the ingredients needed to prepare meatballs by visiting their neighbors and, according to rumor, children would recite a prayer saying, 'What does the wooden bride want? She wants God's mercy and abundance.' According to tradition, children would go on picnics with the materials they had gathered from their neighbors in a sort of game that fortified solidarity and social cohesion. Thus, we wanted to revive all these emotions with the same intention. This workshop is an effort to unearth that tradition."

'Adults are happier than children'

A workshop participant, Doruk Sönmez, 8, stated that the workshop offered him the chance to make his own toy for the first time, noting: "I've never seen a 'wooden bride' before. I really enjoyed the workshop."

Another participant, Şevval Aslan, said that she crafted a 'wooden bride' using wood and drew a face on her doll on her own.