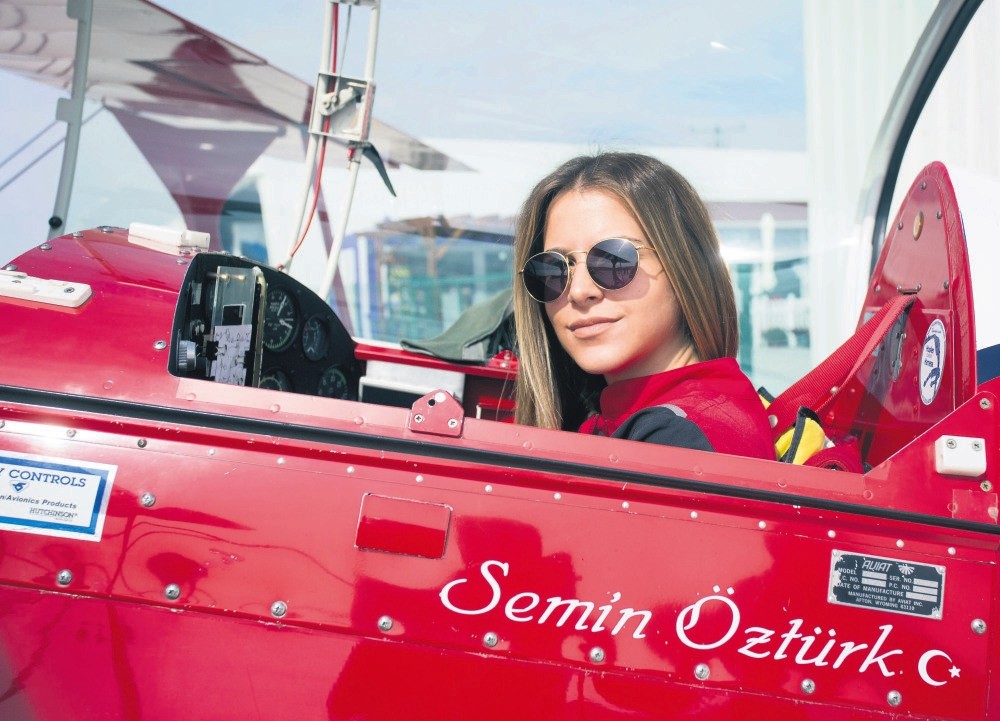 Organized by the International Sportive Aviation Center, the 2017 Sivrihisar Airshow was held in Eskişehir's Sivrihisar district on Sunday, featuring 25 acrobatic pilots from all over Turkey who participated in the event. The air show also featured a mesmerizing performance from Turkey's first female acrobatics pilot Semin Öztürk, whose "acrobatic dance" was met with roars of applause from spectators.

Speaking to the press after the air show, 26-year-old acrobatics pilot Öztürk said she began flying when she was 12 years old, adding that her love for aviation comes from her father, Ali İsmet Öztürk, who was also an acrobatics pilot. Öztürk said: "I have looked up to my father and admired his work since I was nine years old. I had to wait for three years - until the age of 12 - to begin flying, as the parachute was too big for me. I began flying at 12 years old." Öztürk also offered her advice for those who share her love for aviation, saying that aspiring acrobatics pilots should begin exploring the blue skies as soon as possible, adding that it is a truly unique experience.

"Aviation is a passion. If you are really in love with the sky, you will perform perfectly. I would advise all those who love the sky not to postpone pursuing this dream. My shows are admired by many, but I work hard to improve myself on a daily basis. I fly almost every day and I work alongside my teammates. My ultimate aim is to represent Turkey at international aviation shows," Öztürk added.