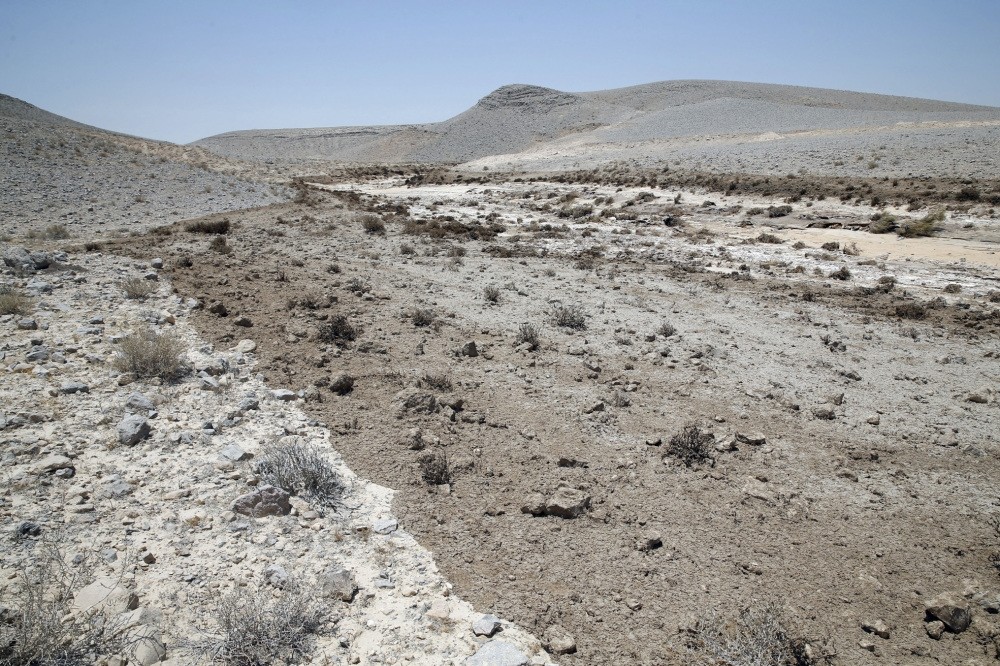 Toxic wastewater that surged through a dry riverbed in southern Israel at the weekend left a wake of ecological destruction more than 20 km (12 miles) long.

That was enough fluid to fill 40 Olympic-sized pools.

The toxic torrent snaked through the desert, singeing anything in its path, before collecting again hours later in a pool several kilometres from the Dead Sea, the lowest point on earth.

Days later, the ground is still stained a dark brown and giving off a nauseating acidic stench, more potent than a highly chlorinated swimming pool.

One section of the Ashalim riverbed is made up of narrow canyons, popular for hiking, but no one was around when the wastewater first gushed through.

Israel's Ministry of Environment has opened a criminal investigation into the plant's owner, Rotem Amfert, and its parent company Israel Chemicals (ICL) , a leading potash and fertiliser producer with exclusive rights in Israel to mine the Dead Sea.

"All the plants and animals in the valley during the tsunami of acid were probably highly damaged, probably dead," said Oded Netzer, an ecologist for the ministry. "In the long term, there will be soil damage and large functional ecological problems."

He said weeks of intense clean-up work, including pumping out small pools of the wastewater that remain along the path, lay ahead, and complete rehabilitation would likely take years.

ICL has stopped using the series of reservoirs where the breech occurred. They contained a production by-product called phosphogypsum water.

The company declined to answer questions on the criminal investigation or about the impact the incident will have on its operations.

Shares in ICL fell almost 4 percent after the spill but partially recovered to trade 1.3 percent higher on Tuesday.

In a statement, Rotem Amfert said it was working "around the clock" in full coordination with authorities, and it would spare no resources to clean up the riverbed.