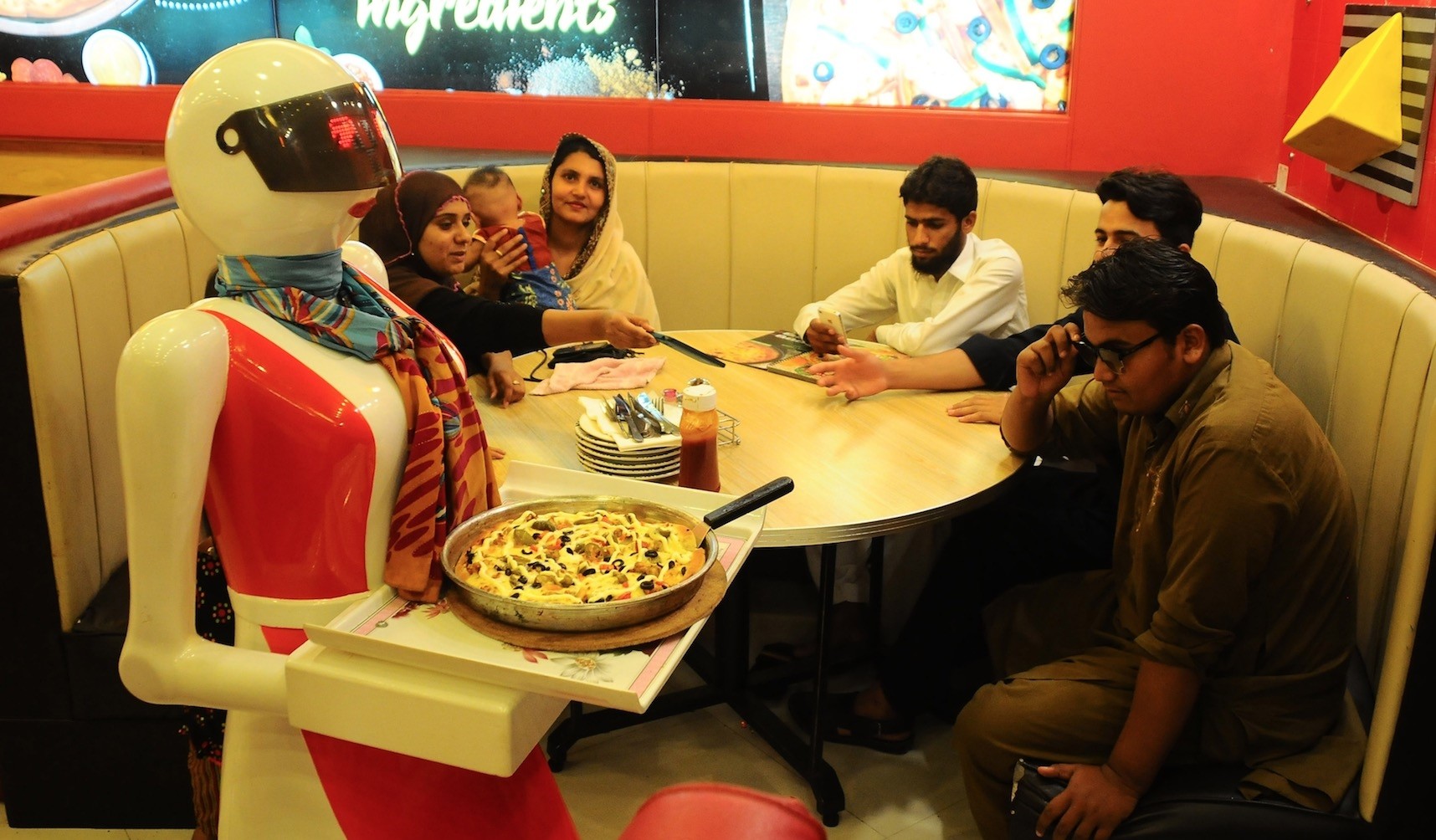 Although robotics is in an early stage in countries like Pakistan, there is a restaurant where robots walk up to customers and serve them instead of human waiters. Located on a busy street in northeastern Multan city in Punjab province - some 500 kilometers (310 miles) away from provincial capital Lahore - this pizza restaurant is the first one of its kind in this South Asian Muslim country. Usama Aziz, 24, the son of the restaurant owner, is the mastermind of this novel way of catering in Pakistan, and is planning to do it on a larger scale.

After getting a degree in electrical engineering from the National University of Science and Technology (NUST) in Islamabad -one of the reputed universities in Pakistan - Aziz decided to put his expertise to use in a unique way. "Initially, I had decided to go abroad after completing my studies in 2015 but my father encouraged me to stay in Pakistan," Aziz told Anadolu Agency (AA). After working intensively for eight months, Aziz managed to develop a robot weighing 25 kilograms followed by a successful testing. "I have never gone abroad for studies or training. This is a local product developed through local materials," he said.

"This is just the beginning. I am planning to take it to a much larger scale. I am offering my expertise to other restaurants if they also want robot waiters," he added. Aziz said he spent Rs 600,000 ($5,500) for the development of three robots working as waiters at the restaurant. "We have already doubled our sales," he said adding that a large number of customers visited his restaurant after the introduction of the first robot waiter back in March. Two more were added in June. "Half of our customers are children who enjoy placing orders with a robot waiter and being served by her," Usama said in a lighter vein.