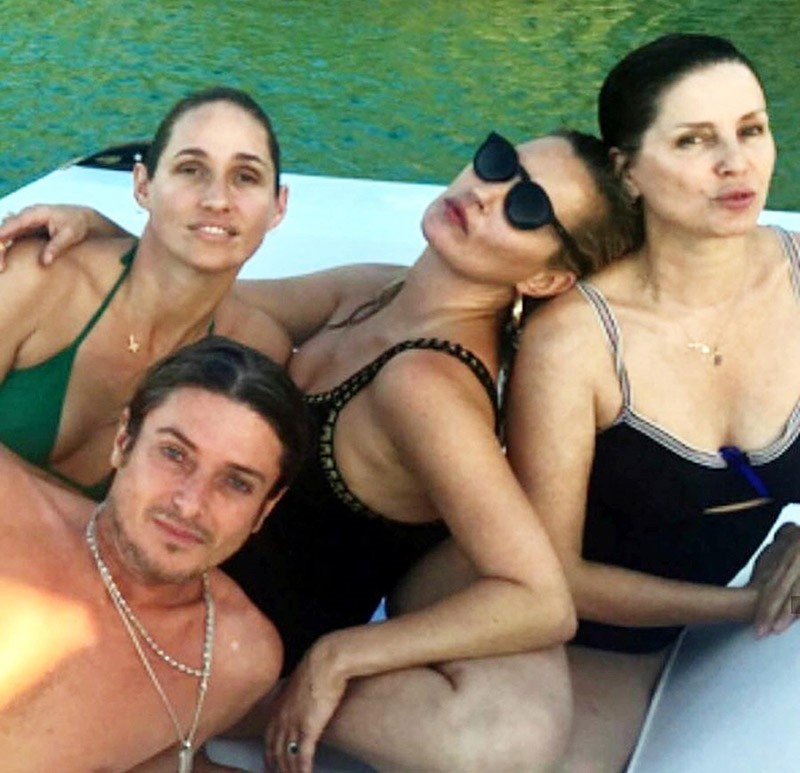 British top model Kate Moss has been spotted in southwestern Turkey's Bodrum, following the footsteps of Brazilian model Adriana Lima who also chose the Aegean city as a holiday destination with her new Turkish boyfriend.

Moss was seen checking in a detox center located in the peninsula's Göltürkbükü neighborhood, before sunbathing with her friends at a popular beach club.

The supermodel is accompanied by actor Jude Law's ex-wife Sadie Frost, who is a British actress and fashion designer, and the current editor-in-chief of the British Vogue magazine Edward Enninful.

The stylish crew is expected to leave Bodrum after 10 days and proceed with their Aegean holiday on nearby Greek islands, several media sources reported.

Moss previously hit the headlines after she was escorted off a plane for allegedly being "disruptive" while traveling from Turkey to London in June 2015.

Moss had decided to cut her holiday short, after refusing to pay a 2,300 euro ($2,623) bill for a meal at an upscale Bodrum beach club.

It was claimed that Moss started arguing with the waiters at the restaurant and customers tried to warn her to be quiet but Moss responded by throwing her water glass at the neighboring table.

Kate Moss, 43, became one of the world's most recognizable models after being discovered as a teenager, becoming a regular on the cover of Vogue magazine and posing for brands such as Calvin Klein and Chanel.