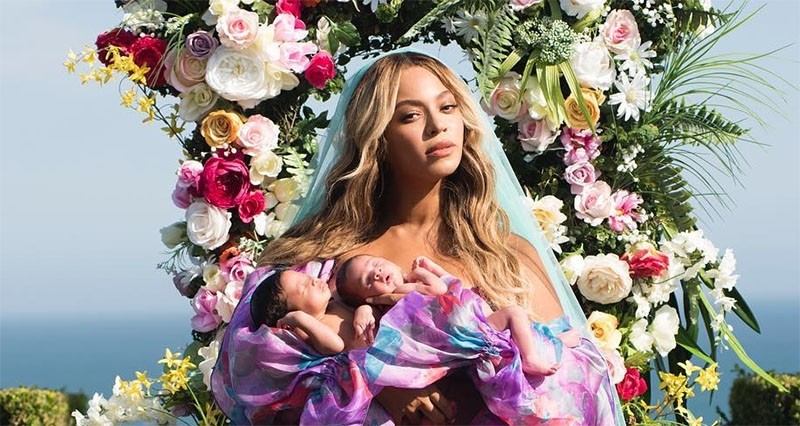 Pop star Beyonce posted the first pictures of her twins, Sir Carter and Rumi, in an Instagram post on Friday.

Beyonce's father had said in a tweet in June that his daughter was now the mother of twins, confirming earlier reports of the year's most highly anticipated celebrity birth.

The "Lemonade" singer, one of the most powerful women in the music business, had announced the pregnancy on her Instagram account in February this year along with an image of her posing in lingerie and caressing a noticeable baby bump.

The announcement got more than 8 million "likes" in the first 24 hours.

Two weeks later, the R&B singer performed live at the Grammy awards in Los Angeles, proudly displaying her swelling belly in a motherhood-themed show. She has since posted numerous pictures of her bare baby bump on her social media accounts.

The birth of the couple's first baby, Blue Ivy, caused a paparazzi storm in 2012 with New York's Lenox Hill hospital shutting down part of its maternity wing to accommodate music's royal couple.

News of the twins came less than a year after the release of Beyonce's 2016 album "Lemonade," in which she appeared to address long-standing rumors of trouble in her eight-year marriage.

The couple have never directly addressed the rumors.