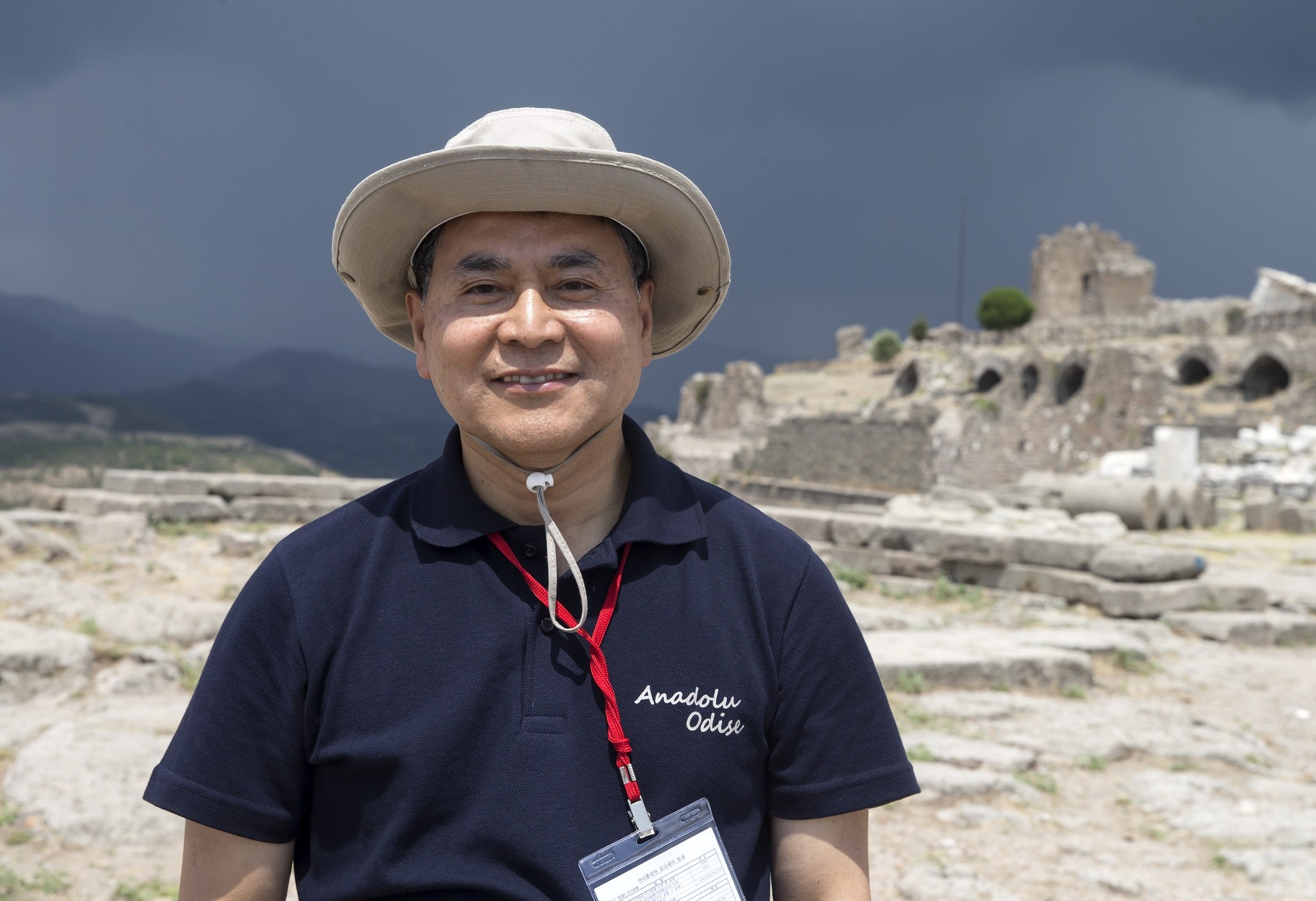 A 27-member Korean committee came to Çanakkale under the context of the "Anatolian Odyssey" event organized to promote relations between Korea and Turkey.

Accompanied by the Korean ambassador to Ankara, Yunsoo Cho, the committee was informed by the provincial director of culture and tourism, Kemal Dokuz, and the head of excavations in the ancient city of Troy, Professor Rüstem Aslan.

Accompanied by guides, the Korean committee had a chance to observe the foundational steps of Troy on their visit to the ancient city.

Dokuz explained that although the number of Japanese, Chinese, Taiwanese and Thai tourists visiting the ancient city of Troy is really high, Korea comes in first among the countries.

"This important ancient city, Troy was visited approximately by 500,000 tourists in the recent years. The year 2016 was a bit problematic in terms of tourism, however, it can be said that the crisis didn't affect Çanakkale much. Its historical background both as the city that hosted a grand victory 102 years ago and as the city that was home to ancient cities like Troy, Apollon, Alexandra Troas and Assos, contributed to its touristic flow. Today, we are hosting our guests from Korea," he said.

The Korean ambassador to Ankara, Yunsoo Cho, also said that they wanted to visit Troy before 2018 and they will promote the area in Korea.

Meanwhile, Prof. Aslan expressed his pleasure about the Korean committee's visit and underlined that Troy is the westernmost location in Anatolia.

"Also, Korea is the easternmost location of the West. It is meaningful that the Korean committee's project started in Troy," he said.

The ex-president of the Korean Assembly, Hyong-O Kim, historians, archaeologists, artists and press members also participated in the event.