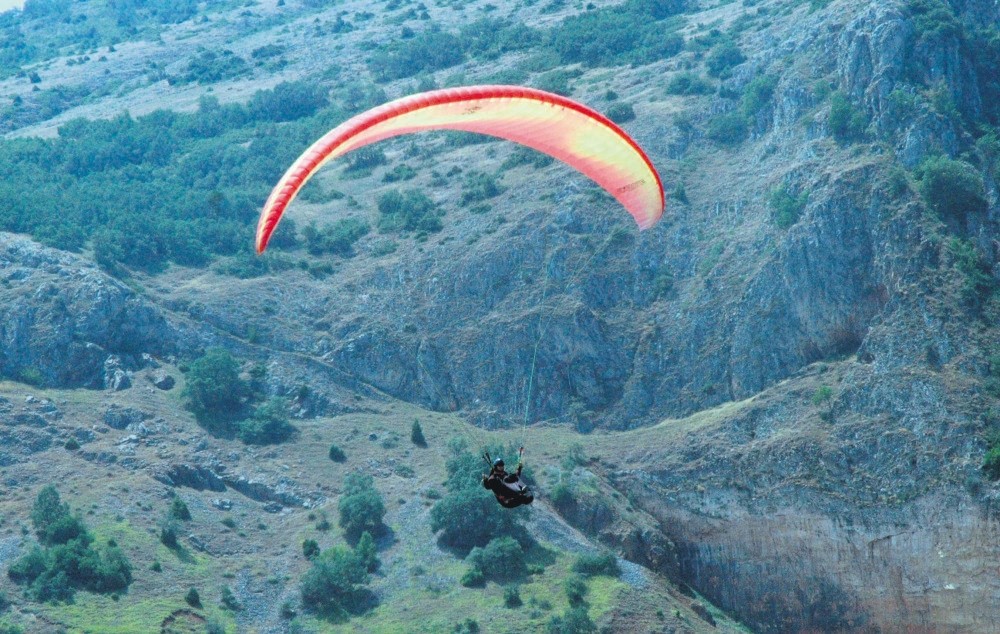 Two female mentors at the Turkish Aeronautical Association (THK), where Sabiha Gökçen, the first Turkish woman to be a combat pilot, was educated between 1936 and 1937, are working to make their fellow women love aviation.

Turning their passion for aviation to a profession, Kamile Yasdıman and Tuğba Hasgül serve as glider flight and paragliding mentors at the center. Trying to promote aviation to women visiting the center, the two mentors serve as a model for other women.

Speaking to Anadolu Agency (AA), glider flight mentor Yasdıman said that students enroll at the center for the beginners course at first.

Yasdıman stated that they inform the trainees about the basic features of glider and flight physiology at the start, and added:"During the education phase called 'glider badge' we just teach how to fly. The ones who complete the phases successfully and want to work in the area may become a mentor pilot. I gave up my career as a geography teacher and I started to work for THK as mentor pilot. Students from the age of 50 to 55 may apply to the center and fly as a hobby, while young students apply to experience the feeling of treading on air. We have many students who have applied the center with zero flight experience but are now working as pilots for private companies."

Saying that aviation is a passion, Yasdıman exclaims: "Nothing can compare with the pleasure of flight. I have a 50-day-old newborn. I'm making future plans on aviation also for my baby. We women are so few in number in the sector. Women generally apply to us with a fear of flying. Women have the capacity to do everything. We have a splendid model in Sabiha Gökçen. Young girls especially must come and try aviation."

"I'm the only female pilot giving glider flight education actively," said Yasdıman, who stated that she proved to her fellow women that there's nothing that they cannot overcome.

Hasgül, on the other hand, stated that she began with paragliding in 2003.

Hasgül, who couldn't begin her education until 2008 due to various reasons, served as paragliding mentor at THK schools since 2011.

Stating that paragliding is not difficult, Hasgül said: "Once you are eager and determined and like adrenaline, it won't be difficult. Actually, it's a sport which can be easily done by women. A paragliding parachute needs sensitive usage. I believe that women are more successful in paragliding."

Hasgül also added that they allow everyone who is over 15 to participate in the classes.