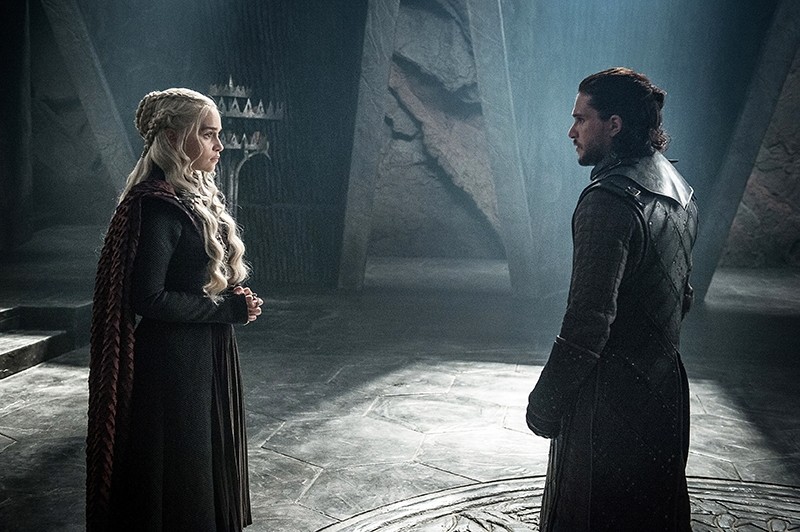 This photo provided by HBO shows Emilia Clarke as u201au00c4u00faMother of Dragonsu201au00c4u00f9 Daenerys Targaryen and Kit Harington as Jon Snow in a scene from ,Game of Thrones., (AP Photo)
by Compiled from Wire Services Aug 04, 2017 12:00 am

The upcoming episode of HBO's "Game of Thrones" has been leaked online but the network says it's not the result of a recent hack.

Media company Star India acknowledged Friday that it was the source of the leaked episode and said it is investigating how it happened.

The news comes just days after HBO said hackers had broken into its systems and stolen "proprietary information."

A statement by the Time Warner-owned TV group did not indicate what was compromised, but several media reports said hackers obtained the script of a new episode of the award-winning fantasy series as well as unaired episodes of two other programs, "Ballers" and "Room 104."

HBO, however, insisted that Friday's leaked "Game of Thrones" episode was not a part of that hack.

Episode 4 of the show's seventh season is due to air Sunday.

Star India, a subsidiary of 21st Century Fox, reaches more than 700 million viewers a month across India and more than 100 other countries.