Children to summer schools not to nut yards 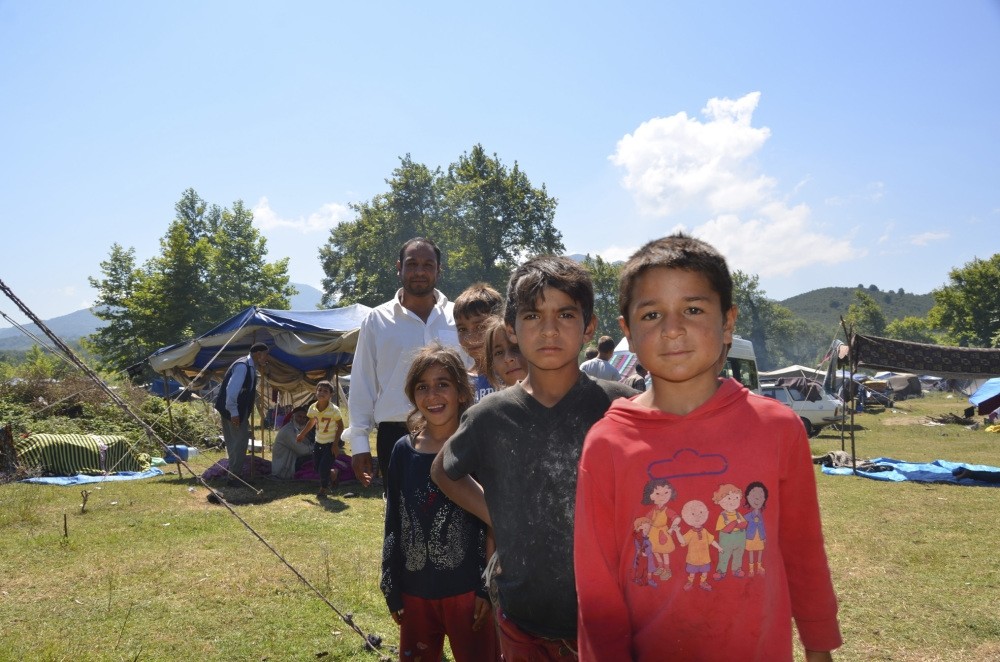 The children of seasonal agriculture workers in the Ordu province migrating from Eastern and Southeastern Anatolia are now being educated in summer schools to discourage illegal child labor in the region.

The project "Eliminating Child Labor in Nut Agriculture," conducted by the Ministry of Labor and Social Security in cooperation with the International Labor Organization, has been approved for five years.

The program, supported by the central government as well as the district governments and municipalities, is designed to prevent children under 16 of families settled in the city for the seasonal nut harvest from illegally working in the fields.

The children have officially started basic education with teachers from different branches, including preschool, primary school and secondary school and will receive lessons in topics ranging from mathematics and life science to music.

Joining in social and cultural events such as music, folk dancing and kite flying alongside their academic lessons, the students will be kept busy while their families work.

The Project Education Coordinator and associate professor Murat Gürkan Gülcan told Anadolu Agency (AA) that nearly 500 families are expected to come this year. Though there are inns in Altınordu, Fatsa and Ünye, Gülcan said Uzunisa is one of the most crowded areas, hosting nearly 300 tents.

Gülcan explained that 280 students have started classes in the summer school since Aug. 1 and said: "The classes are very crowded. We have 150 students in Fatsa and 100 students in the Ünye districts. The children are all between the ages of 4 and 16, ranging from preschool, primary school and secondary school."

Gülcan stressed that using children under the age of 16 for agricultural labor is illegal. "Therefore, when the children come here, we present them this opportunity. The children are being educated in united classes. This education will continue for a month and a half, ending on Sept. 10," Gülcan said.

Through the 40 teachers working with the project Gülcan explained: "When these children leave Şanlıurfa and Adıyaman in March or April, their education suffers. If they come here, they can continue their education. Our lessons are prepared according to the syllabus. We have teachers from all branches in our summer school. The children benefit from all of the intensive education here because they don't have the same opportunities when they go back. Therefore, the education here is really important."

While explaining that this system is currently only available in Ordu, he said similar works are being conducted in different cities and that the education provided is crucial for the children's future.

Gülcan noted that they have the required support of the local authorities and that a health check is done for both the adults and children alongside the education. Detailing the project's broad focus on education and social support, Gülcan reported: "We provide for all of the students' needs, such as clothing, lunch and stationary in line with the project. There are also social events. We take the children to kite festivals and also on tours. It is quite an intensive project, evolving every year."