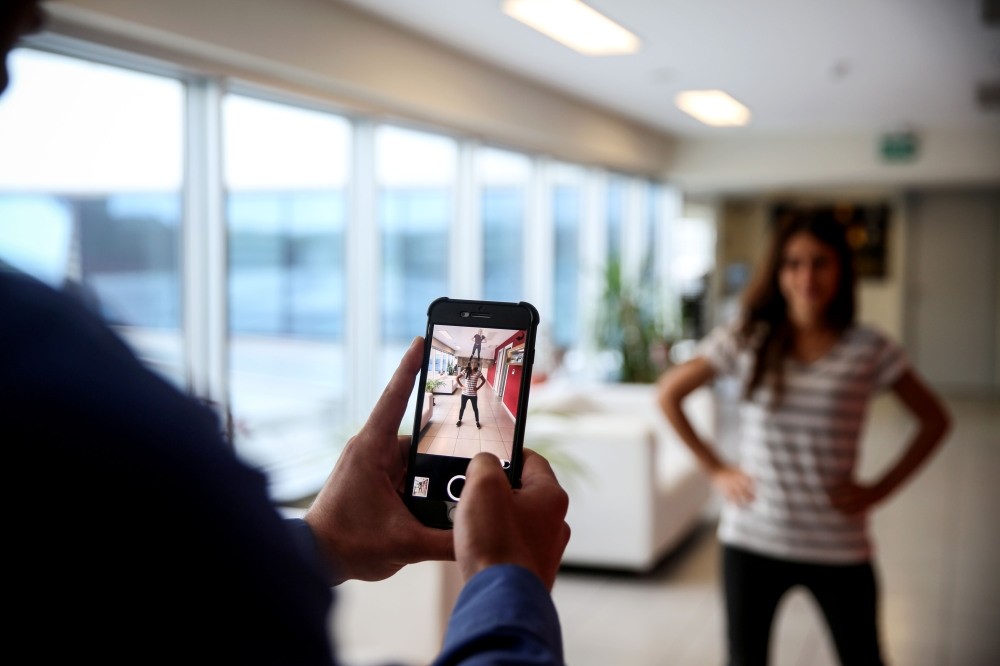 Two senior students at Istanbul Technical University Department of Computer Engineering developed an application, which they called "Posetake," to be able to make the photographs shared on social media more photogenic. Working for two years on their project, the friends succeeded to produce an IOS and Android friendly application.

University students of Macedonian origin, Şuayip Zengo, 28, and Benjamin Tekeshanoski, 24, intended to develop a photography application by observing social media platforms, which are home to millions of photo shares daily.

In the first step, they went over the poses and the shooting angles taken especially by celebrities and then categorized them under the titles of woman, man, children, models, dress, music, sport, city, summer and winter.

The application designed by Zengo and Tekeshanoki, was presented for use both in IOS and Android.

With the application, they aim to help people customize their photos according to their dress and location.

Speaking to Anadolu Agency (AA) about the "Posetake" app they developed, Şuayip Zengo said they want to create a brand-new area in photography.

Zengo stated that, in the aftermath of their observation they realized that poses are more important than the filters presented by applications and so they developed "Posetake." "In our application, users can practice by looking at the samples before shooting a photo. We think that our app will be preferred especially by women users. Thanks to Posetake, social media users can get more likes on the platforms. They will get more valuable photographs thanks to the shooting techniques presented by our application," he added.

Tekeshanoki said most people shoot photos with the same poses and angles, stressing that Posetake presents many alternatives for poses and shooting angles.