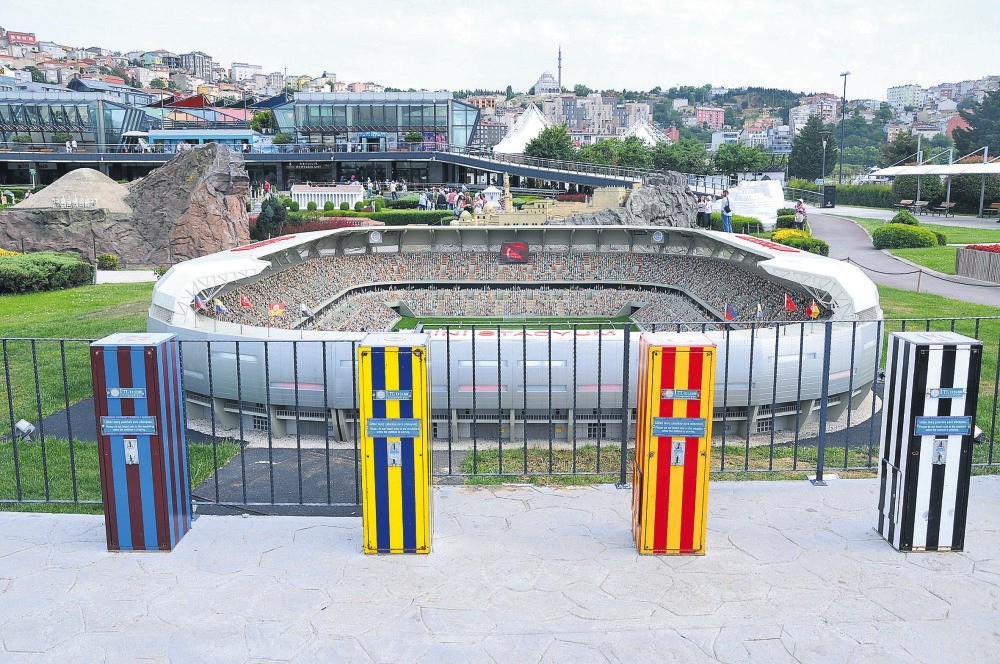 Istanbul's Miniatürk has recently added a mini stadium to its list of models. The 8-meter-long, 6-meter-wide and 1.5-meter-high miniature stadium has a capacity of 53,000 miniature fans and even comes fitted with luxury skyboxes. It also features the starting 11 of Beşiktaş, Fenerbahçe, Galatasaray, and Trabzonspor.

Miniatürk, one of the world's largest miniature parks, features a total of 132 models of famous architecture and landmarks from across Turkey and the former Ottoman Empire.

The stadium is the latest addition to its collection of models and was constructed over three months. The 1:25 scale model was designed with a seating capacity of 53,000 and features the four leading Turkish football teams, Beşiktaş, Fenerbahçe, Galatasaray, and Trabzonspor.

More than 20,000 human figures were also used in the model.

Footballers taking the field for TL 1

Mimicking the modern stadiums in its exterior architecture, the mini stadium also features LED lighting and kiosks. Visitors can use TL 1 ($0.28) at the kiosks to turn on the lighting, play the anthem of their favorite team and hoist the team flag.

Then, 11 footballers and three referees appear in the middle of the park. After the anthem, the ceremony ends with the picture of a Turkish flag on a miniature giant screen and the footballers return the dressing room.

All the action taking place in the stadium is automated and since its opening, it has attracted the attention of football fans and children.