İTÜ's solar car to compete in Australia for top prize 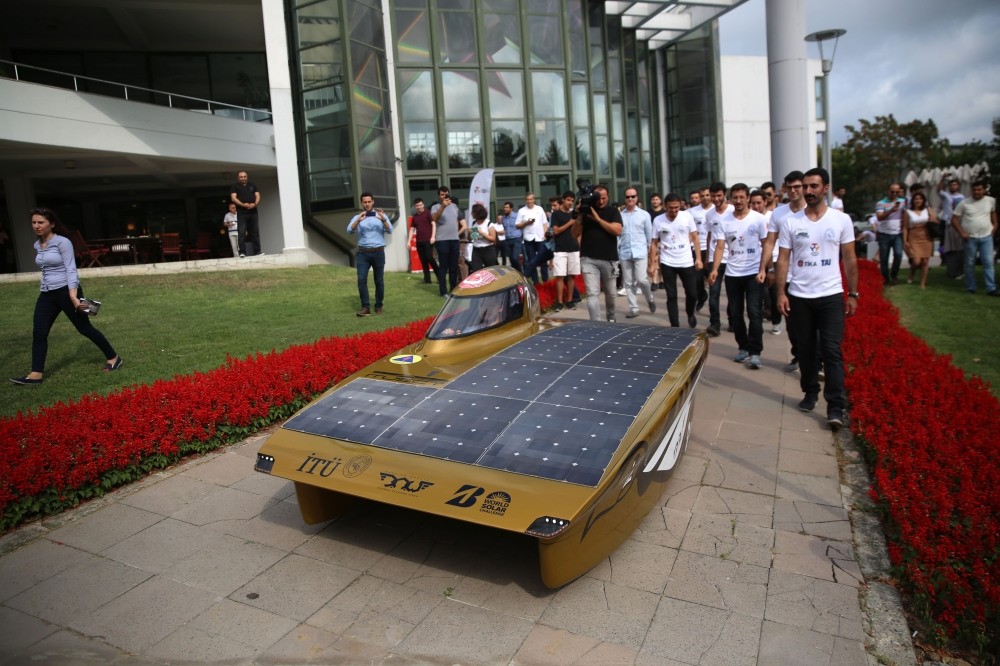 Speaking to the press during the launch of the car at İTÜ's Ayazağa campus, Yunus Emre Çiçek, an electrical engineering student, offered information on the new solar car. He said "B.O.W. İSTKA" was the most advanced solar car that has been made at İTÜ.

"Our new solar car is lighter and smaller than the previous cars and features the technology we invented at İTÜ. 'B.O.W. İSTKA' can go up to 140 kilometers an hour. On a sunny day, the car can go for 800 kilometers," he added.

Speaking to Daily Sabah, Haluk Bayraktar, the vice chairman of the Turkey Technology Team Foundation, said the World Solar Challenge is a prestigious competition and İTÜ's team is the only Turkish team to represent the country in Australia. He said that the competition, which is held every other year, welcomes teams who are the brains behind the world's top electric car manufacturers. On the Turkish team's change to win the competition, Bayraktar said the İTÜ Solar Cars Crew is a very well-equipped team and B.O.W. İSTKA stands a good chance to win the competition.

The World Solar Challenge has been organized since 1987. Before traveling for the competition, the team ran test drives in İzmir, Eskişehir and Ankara.